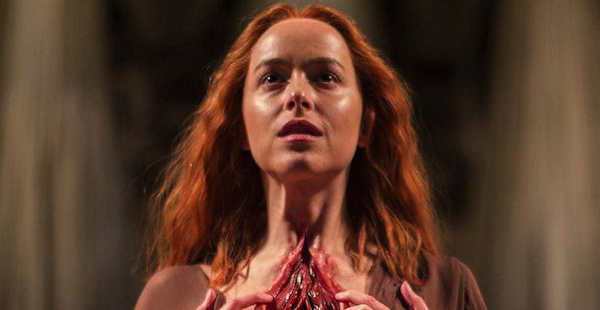 And you thought Luca Guadagnino was only good for swooning summer masterpieces in exotic locales, the guy apparently has a dark side itching to get out. His long-awaited Suspiria remake is right around the corner, promising to be a totally different beast than the Dario Argento classic that spooked horror fans in 1977.

Starring Dakota Johnson, Tilda Swinton, Mia Goth, Lutz Ebersdorf, Jessica Harper, and Chloe Grace Moretz among others, the film expands on Argento’s original premise, which was an American ballet dancer who discovers something dark and terrible in the prestigious Berlin academy she’s joined. This thing is 2 1/2 minutes of pure creep factor, beginning with Moretz’s deeply troubled dance student, Swinton’s looming presence, Nazi insignia, glaring patrons, angry rivals,  Johnson’s haunting dance moves, and murder of course. The film is said to run a whopping 152 minutes and I think the tension might be too much for some to handle.

Amazon Studios will release Suspiria on November 2nd, but it will premiere in Venice on August 29th.