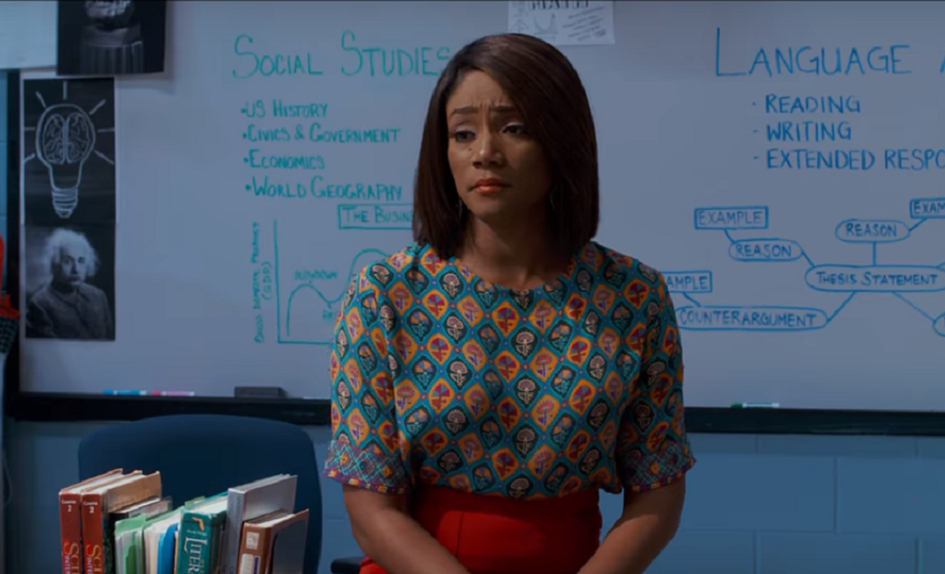 The math on the upcoming comedy Night School should be simple as pre-algebra class. Take Girls Trip breakout Tiffany Haddish, pair her up with the reliably funny Kevin Hart with his lucrative box office muscle, throw in Girls Trip and The Best Man director Malcolm D. Lee and it should equal plenty of $$$ to go around. Nobody’s looking to break the mold here, and with Hart and Haddish at the top of the ticket nobody should have to.

This looks pretty silly, which I think is exactly what’s called for. Hart plays a guy who joins a classful of other night school misfits looking to earn their GED. Haddish plays their ruffneck teacher who has no problem beating the answers out of Hart’s dumbass. The cast is made up of folks you definitely recognize, like Romany Malco, Mary Lynn Rajskub, Fat Joe, Taran Killam, Keith David, Rob Riggle, Ben Schwartz, Jacob Batalon, and Megalyn Echikkunwoke.

Night School opens September 28th, and hopefully this is the last trailer.