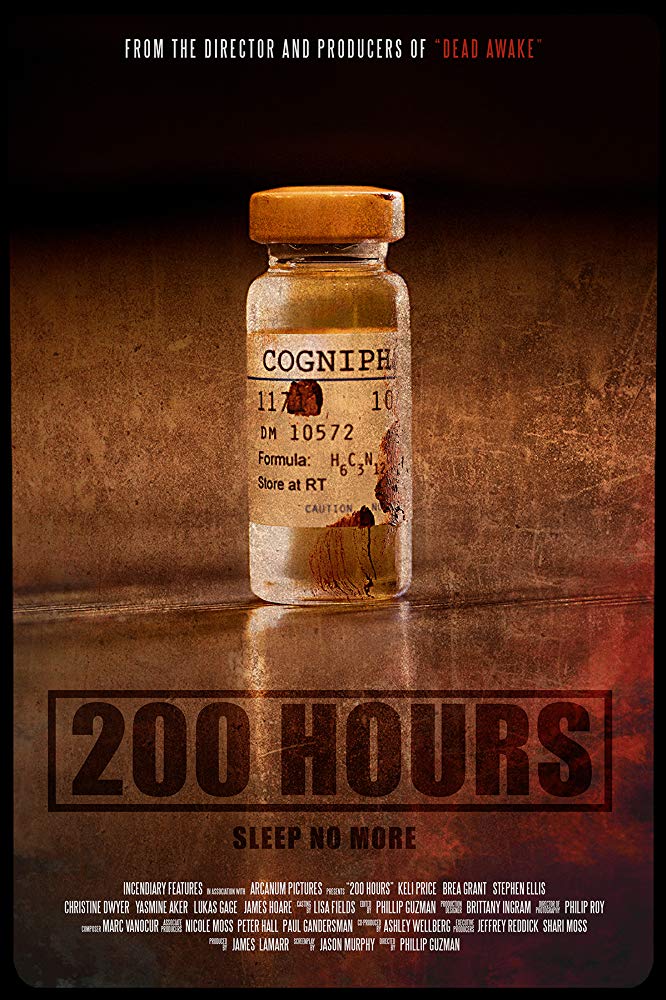 Sleep No More or 200 Hours: Sleep No More depending on the release you read, is a new horror film starring upcoming scream queen Brea Grant (Dexter, Halloween II) that revolves around a group of students who have come upon the hypothesis that once you survive 200 hours without sleeping your body adjusts and you never need sleep to function again. It sounds pretty out there, but here’s the thing, it’s WELL documented the bat shit crazy things that start to happen to the human mind after even 36 hours without sleep, auditory/visual hallucinations and psychosis is just the start so to see what these guys come up with rounding hour 100 and more should be interesting. The film’s got the other hook of not knowing whether everything is in the heads of those in the study or not, logic says it is but it would be a neat twist to throw some mythology into it with sleep demons or something along those lines. The trailer does give off a lower-grade B-movie feel but in the horror world that’s definitely not a bad thing. The visuals, which will carry the film, seem to be tense and insanely atmospheric and the mood is understandably tense. If the complete movie can carry this throughout we may just be in for a memorable addition to the horror genre.