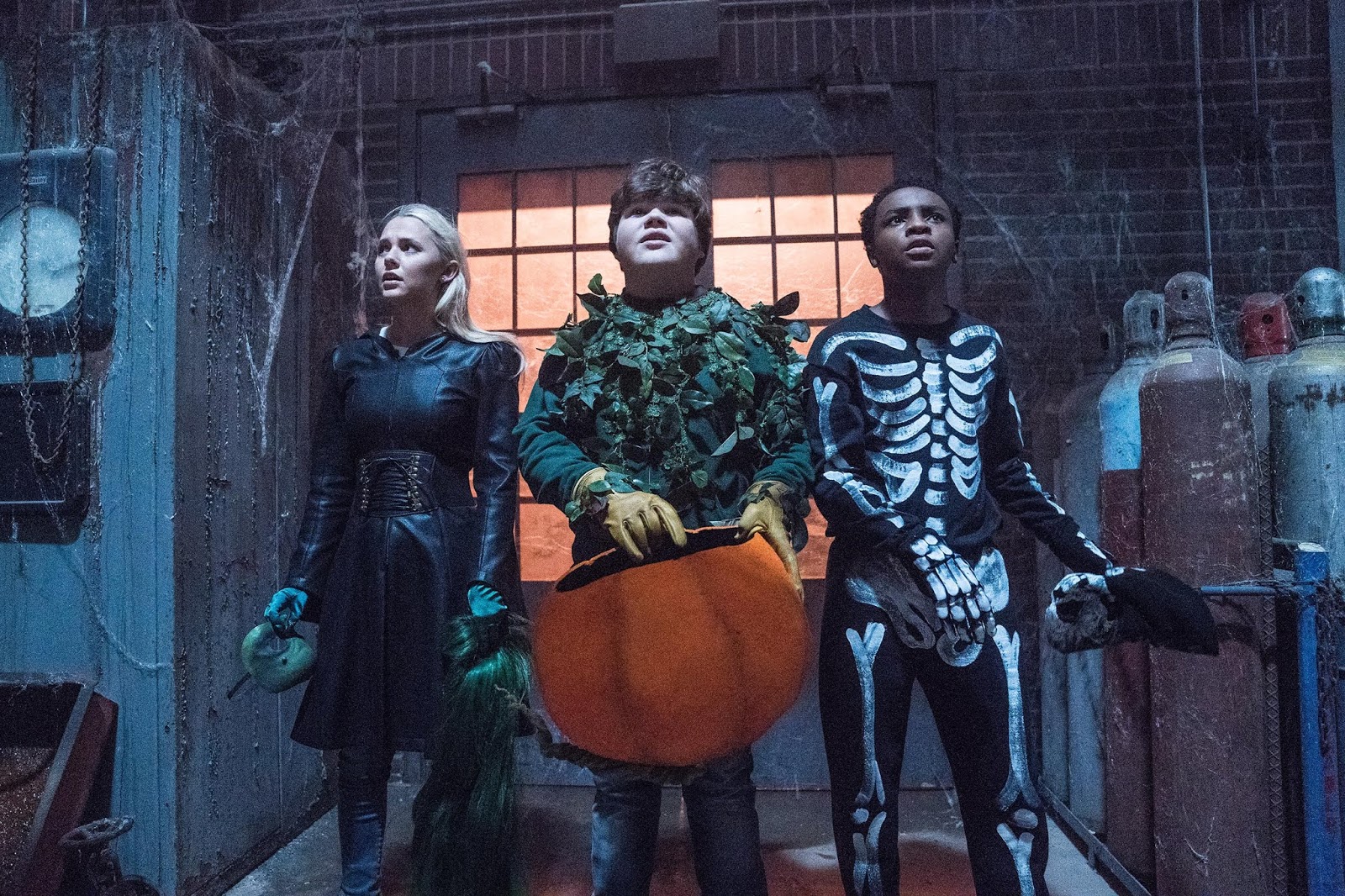 Goosebumps was a surprising $150M hit for Sony a few years ago but they were talking sequel long before that. Doubtful they thought it would end up looking like Goosebumps 2: Haunted Halloween, which has a virtually unknown cast and lacks the presence of the prior film’s biggest draw, Jack Black as author R.L. Stine. That said, it’d be wrong to write the film off completely because based on this new international trailer it’s going to have a lot of trick ‘or treatin’ action.

The story is mostly the same as before, with a new group of kids finding yet another of Stine’s dangerous manuscripts. This one unleashes a horde of monsters just in time for Halloween, all led by the evil Slappy the Dummy, who was previously voiced by Black but now by Avery Lee. The kids must defeat the monsters, including some creepy-looking Gummi Bears, and stop Slappy from causing a Halloween apocalypse.

Not gonna lie, I kinda dig this trailer even though it looks like a total cash grab. The pace is brisk, the kids don’t appear to be idiots, and Halloween always makes for a fun setting.