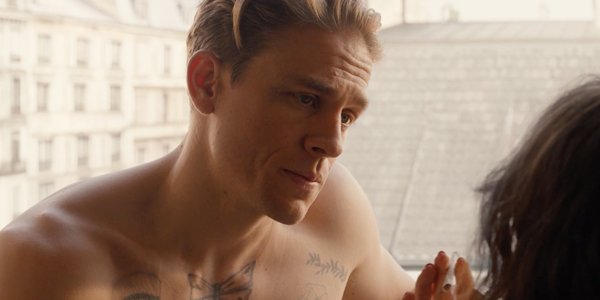 Years after Hollywood’s meager attempt to turn him into a blockbuster leading man, Charlie Hunnam is quietly delivering the best performances of his career in The Lost City of Z and the remake of Papillon out in theaters now. He seems to be taking a Robert Pattinson-esque reshaping of his identity, and that’s made it exciting to see he’ll choose next. Well, now we know, and it’s a film that will see him teamed up with two rising stars; Unbroken and Godless‘ Jack O’Connell, and director Max Winkler.

Hunnam and Reynor will star in Jungleland, which Winkler will co-write and direct.  Also on board the film is co-star Jessica Barden, probably best known for her scene-stealing roles in The Lobster and Far from the Madding Crowd.  The story follows two brothers, one a relucant bare-knuckle boxer, as they travel across the country for one final fight. Barden plays an unexpected companion on their journey, one that exposes the cracks in their brotherly bond. Know what this sounds like? The boxing dramedy Play It To The Bone, one of my all-time favorites and has essentially the same plot.

Winkler, the son of the Fonz himself Henry Winkler, made his directorial debut in 2010 with Ceremony, which had a great cast but was cooly received. He followed that up earlier this year with Flower, a dark comedy starring Zoey Deutch that I liked quite a lot.

With shooting already underway we should see this sometime next year. [Deadline]