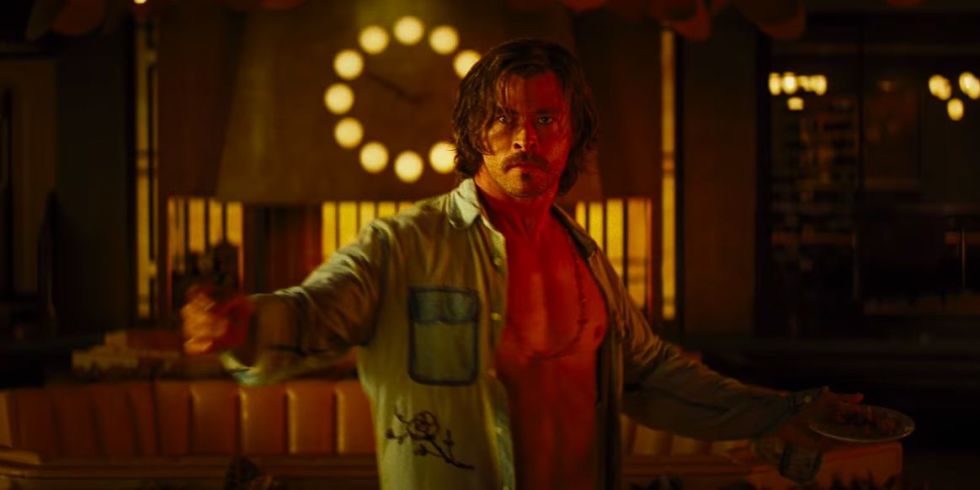 On the surface, Drew Goddard’s awesomely-titled Bad Times at the El Royale bears striking resemblance to his prior film, The Cabin in the Woods. A group of strangers holed up in a mysterious, remote place where danger lurks around every corner and the guests all have secrets. Hey, it worked the first time, right? But if there’s one thing we can take away from the latest trailer it’s that despite some similarities, Goddard is offering a Hellish new experience for us to check-in to.

A 1960s crime noir at its heart, Bad Times at the El Royale stars a shirt-optional Chris Hemsworth, Jon Hamm, Cynthia Erivo, Dakota Johnson, and Jeff Bridges as five strangers, each with secrets to hide, as they spend one wild night at the strange, novelty hotel that sits astride the Nevada/California border.

“This is not a place for a priest, father”, says the hotel clerk to Bridges’ character. Must be all the gambling and murder he’s referring to.