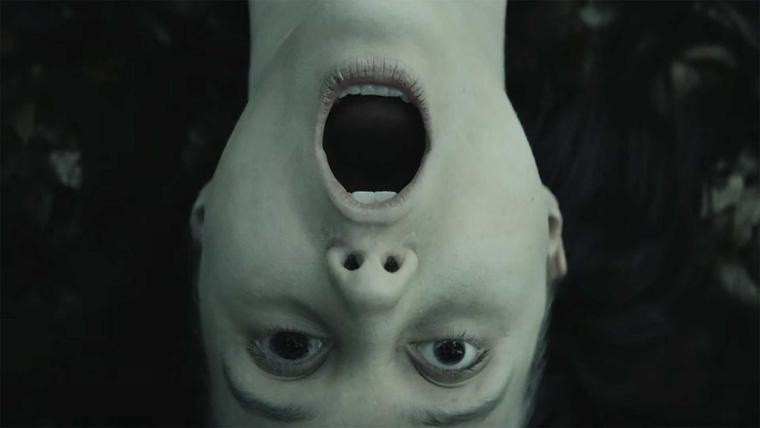 Is there anyone out there still excited for internet meme-turned horror movie, Slender Man? Forget the delays that have hampered its release, the lousy trailers, and total lack of buzz, the film has been deemed insensitive because of its very existence. Let’s not forget that the Slender Man urban legend inspired a couple of girls to brutally stab another as a sacrifice to it. The father of one of the attackers has rightfully condemned the movie for making light of that.  Plus, the movie just looks terrible, and this new trailer isn’t going to help.

Looking like a poor man’s Evil Dead remake, Slender Man takes place in a small Massachusetts town where four girls try to summon the Slender Man in hopes of debunking the myth. However, one when one of them goes missing they start to think Slender Man may actually be behind the disappearance. The first trailer was well-crafted enough to keep the titular baddie hidden in shadow, and they should have stuck with that because he looks downright cheesy here.

The Slender Man meme has pretty much faded from notoriety, so I’m guessing anyone who sees this is doing it because they’re fans of the genre.

A More Violent Unrated Version Of ‘M3GAN’ Is On The Way