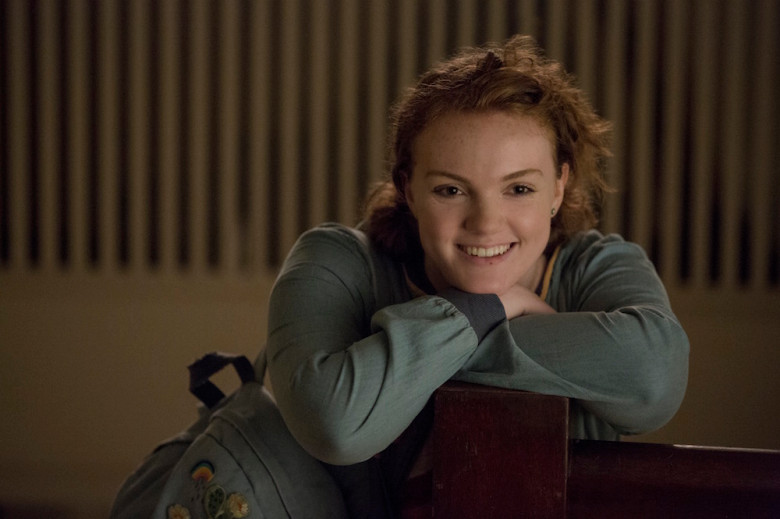 To be honest I’ve never quite understood the fascination with Stranger Things’ dearly-departed Barb, but I totally get the Emmy-nominated love for the actress who plays her, Shannon Purser. Purser has become a darling of the pop culture crowd, appearing on episodes of CW’s Riverdale and NBC’s short-lived series, Rise. She’s finally about to get the spotlight all to herself in Netflix’s latest teen rom-com, Sierra Burgess is a Loser, which actually looks like a winner.

In what looks head and shoulders better than Netflix’s awful but inexplicably-popular The Kissing Booth, the film stars Purser as Sierra Burgess, a brilliant young high school senior who has always had to deal with being a misfit to the cool kids. With graduation upon her, she’s suddenly thrust into an unexpected romance with Jamey, the school football star, who thinks he’s actually speaking with Veronica, resident mean girl and cheerleader.  It’s a teen-sized twist on the familiar Cyrano de Bergerac tale, which could be annoying if it weren’t for the cast. Along with Purser the film stars RJ Cyler, Kristine Froseth, Noah Centineo, Chrissy Metz, and Lea Thompson.

This marks the directorial debut of short film director Ian Samuels. Most intriguing is the first-time screenplay by Lindsey Beer, who has a slew of major projects coming up including Chaos Walking, Godzilla vs. Kong, and Sony’s Silver & Black. She was also part of Paramount’s Transformers writing room.

Sierra Burgess is a Loser hits Netflix on September 7th.

‘Birds Of Paradise’ Trailer: Kristine Froseth And Diana Silvers Are Rival Ballerinas Pushed To The Limit