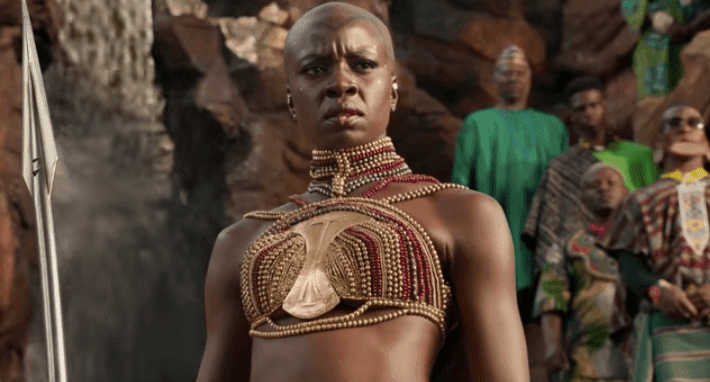 If the best thing to come out of Black Panther is Danai Gurira getting more blockbuster franchise roles, then “WAKANDA FOREVER” it is! The Walking Dead actress is eyeing two major studio flicks, Legendary’s Godzilla vs. Kong, and Paramount’s Star Trek 4.

Deadline reports Gurira is in talks for Legendary’s massive crossover flick, Godzilla vs. Kong, a mashup sequel to 2014’s Godzilla, 2017’s Kong: Skull Island, and next year’s Godzilla: King of the Monsters. She would be joining the previously-cast Millie Bobby Brown, Zhang Ziyi, Kyle Chandler, and Julian Dennison in the Monsterverse film directed by Adam Wingard. No word on Gurira’s role but I’m sure we’ll find out more if she signs on the dotted line. Godzilla vs. Kong opens May 22nd 2020.

Meanwhile, Gurira is also said to be up for a role in Star Trek 4, which will be directed by S.J. Clarkson, the franchise’s first female director. She would be joining the cast of the most recent Trek films, plus Chris Hemsworth who is reprising his role as Kirk’s father, seen sacrificing his life in the first movie. The script by JD Payne and Patrick McKay will include time travel and an encounter between Kirk and his father. Once again, we don’t know what Gurira would be doing if she agrees. The film has yet to secure a firm release date so it may be a while before we know anything.