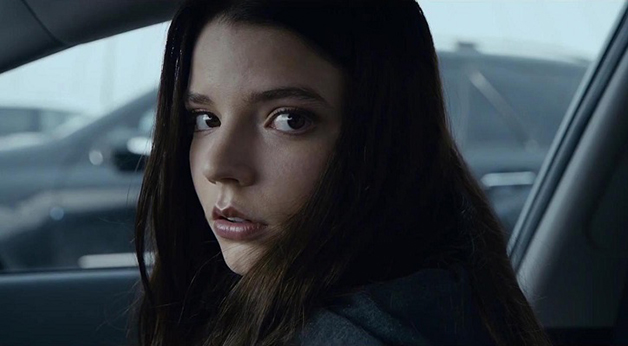 Author Francesca Lia Block’s Weetzie Bat, the first of her Dangerous Angels series of novels, were the doorway to which many young people first learned of the AIDS crisis, LGBTQ issues, teen sex, and more. For those very reasons it was also very controversial as some critics claimed it was not meant for the YA audience. That said, I’m not at all surprised it has taken this long for Hollywood to greenlight an adaptation, as we’re starting to see a diversity of representation on the big screen.

The cast being put together for Weetzie Bat is like a who’s who of young Hollywood. Anya Taylor-Joy will play the titular character, a pixie-ish young woman growing in a neon fairy tale version of Los Angeles in the 1980s. Love, Simon‘s Nick Robinson and Keiynan Lonsdale, American Honey‘s Sasha Lane, and Theodore Pellerin of Boy Erased round out a truly amazing cast. Block will adapt the screenplay with Justin Kelly (I Am Michael) directing.

Deadline describes the story this way: Weetzie (Taylor-Joy) is an ethereal pixie living in 1980s Los Angeles, where she grew up the child of an alcoholic starlet mother and a junkie screenwriter father. She teams up with her Mohawked best friend Dirk (Pellerin) to find love, leading her to mysterious trenchcoat-wearing filmmaker Max (Robinson) and platinum-haired surfer Duck (Lonsdale). But when their bliss is threatened by deaths, breakups and Max’s witchy and bitter ex-girlfriend Vixanne (Lane), Weetzie must take off her pink harlequin sunglasses in order to confront life’s darkness and find happiness in a city known as much for the glamour of fame and fortune as the darkness of cults and crime.

There are seven novels in the Dangerous Angels series, with the most recent released in 2012. If the first film is a hit I wouldn’t be surprised to more adaptations down the line.