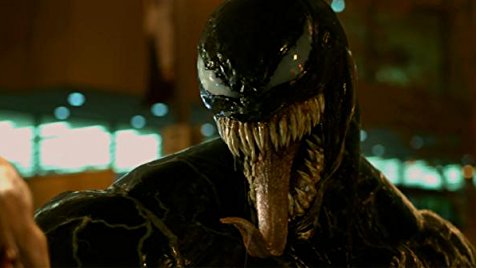 I don’t know if Sony’s Venom movie will be any good. I hope so. The first teaser was pretty lame, but the second one, the one that actually had the symbiote in it, showed some real potential. What I do know is that people are interested in the movie and that’s pretty much the whole damn point of trailers, isn’t it? Sony can be happy then because Venom is now the most watched trailer of the entire Spider-Man franchise.

The second Venom trailer has gone over 64 million views, besting the 37 million views for The Amazing Spider-Man and the 28 million of Spider-Man: Homecoming. It even managed to beat non-Spidey blockbusters like Jurassic World: Fallen Kingdom‘s 55 million views, and The Last Jedi‘s 50 million views.  Those movies went on to make a lot of money, didn’t they?

Maybe people were curious to see how badly the Venom symbiote might look, or perhaps a large chunk of those watching were Honest Trailers-type folks picking the thing apart with a fine-toothed comb. I don’t know, and it doesn’t matter, because those views mean people are invested in this movie and want to see how it turns out. That’s a good sign, I think.

Now, let’s see if it can reach the 200 million views of Avengers: Infinity War!  Sorry, ain’t nothin’ beating that except maybe Avengers 4 next year.