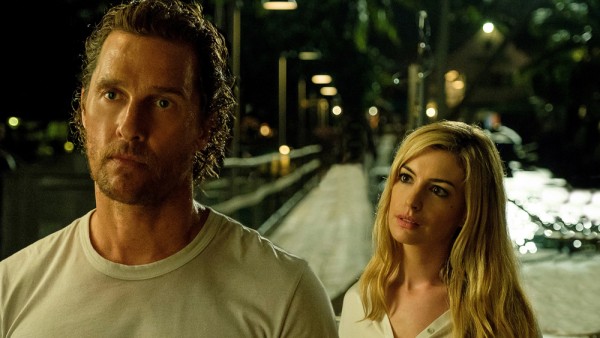 There’s a lot going on in the new trailer for Serenity, far beyond its simple premise. The film springs from the mind of writer/director Steven Knight, best known for directing Tom Hardy in Locke and the FX series Taboo, plus writing Eastern Promises, The Girl in the Spider’s Web, and others. A talented guy, and he’s paired up Matthew McConaughey and Anne Hathaway in an unusual thriller about a fishing boat captain asked by his ex-wife to kill her abusive husband

One look at the new trailer and it’s clear that something darker, more sinister is lurking behind the surface of this story. On this tropical paradise everybody knows everybody, which may explain why McConaughey’s character seems to be hiding who he really is. This is obviously no simple murder plot, but it’s unclear whether it stretches into something supernatural. Jason Clarke, Djimon Hounsou, Diane Lane, and Jeremy Strong co-star, which should be reason enough to pique your interest. Certainly does mine.