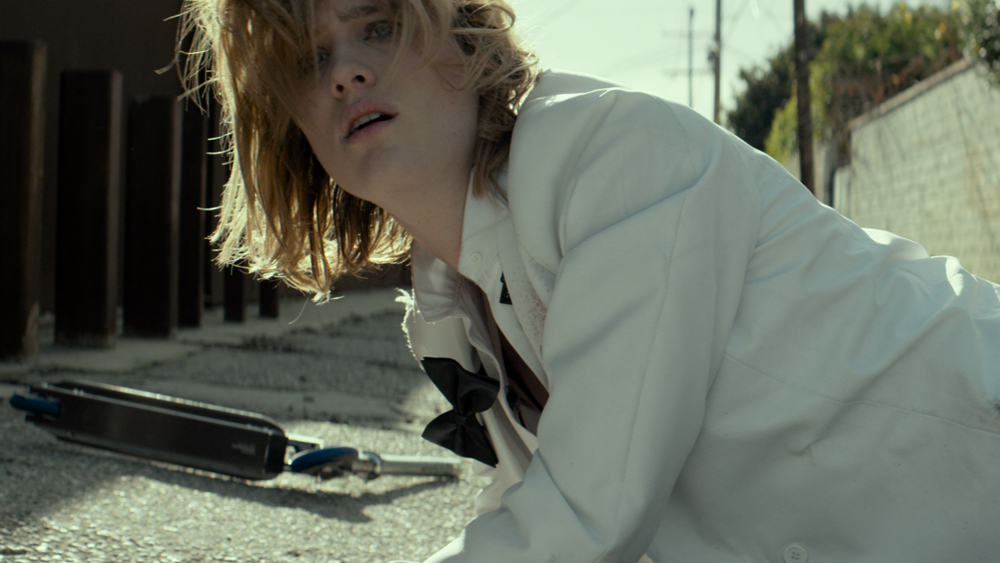 It should come as no surprise Mackenzie Davis is the best thing about Izzy Gets the F*ck Across Town, a lopsided, punk rock road trip movie without much road. She’s a rockstar; has been since her breakout in Drake Doremus’ Breathe In, and has brought an edgy, indie street cred to everything she’s in, including her more mainstream stuff like Blade Runner 2049 and Tully. And she’s a perfect fit as the frazzled, desperate Izzy, making a stained caterer’s jacket look like high fashion. But the one-note film with all of its amateurish aesthetic flourishes by director Christian Papierniak don’t do her any favors.

Only Davis could make someone like Izzy likable. She’s selfish, self-destructive, unhappy, and generally a jerk. An aspiring rocker who had a Spotify hit years ago, that dream went kaput went the band with her sister (Carrie Coon) broke up. Izzy hasn’t worked much since and has basically ping-ponged through life. We meet her already at a low ebb, waking up naked in a stranger’s (Lakeith Stanfield, in his most random role ever) bed with no idea how she got there. Throwing on her stained work clothes from the night before she embarks on a quest to get from Santa Monica to Los Feliz to break up her ex-boyfriend Roger’s (Alex Russell) engagement to her former best friend. Not exactly a cross-country journey. Take the bus, yo. But it proves to be quite the epic odyssey full of wacky characters, scrambled life lessons, and multiple modes of transport. 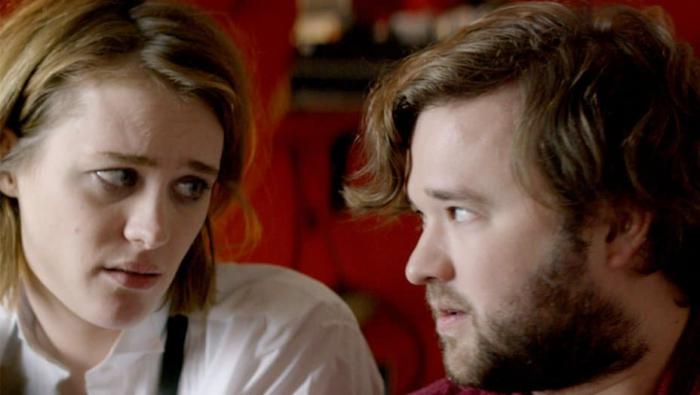 Papierniak keeps details about Izzy at bay; we know nothing of her past, only her chaotic present and undoubtedly destructive future. What we learn about her is that she’s a perpetual bull in a china shop, steamrolling through life and whoever gets in the way. She seems to know a lot of people but none of them appear to be friends. There’s the auto mechanic (Brandon T. Jackson) who has been working on her car for weeks with no end in sight; there’s the oddball (Haley Joel Osment) she does odd jobs for to get paid; plus her married and pregnant “friend” Casey (Meghan Lennox) who kicks Izzy out of the house for overstaying her welcome. These encounters, along with a couple of other incidental diversions fill in the blanks a little bit. Izz’s got problems, and as Casey suggests maybe this plan to get back together with Roger isn’t such a good idea. Clearly things with him weren’t great, and Izzy’s rose-colored glasses about the relationship may have scuff marks. She doesn’t treat any of the people she meets particularly well, either insulting them, cussing them out, blowing smoke in their face, or worse. And yet…well, Mackenzie Davis. She sands down some of Izzy’s rough edges and shows just enough vulnerability that we want to root for her, despite our gut telling us she doesn’t really deserve it. She doesn’t seem to believe in much except it’s her destiny to get to this engagement party and blow up the spot.

Left on its own, this might have been an off-kilter, art house version of the “one wild night” scenario, in which a character bounces from one misadventure to the next over the course of a few hours. Those movies are always fun, and Davis proves she’d be great in one. Maybe bring along Carrie Coon and make it a duo? The two share a bizarre but captivating duet that is undoubtedly the film’s emotional highlight. You hope it’s a springboard to Izzy learning a few things and growing as a character because that is sort of the point of a road trip movie, for characters to progress. But Papierniak’s disappointing and sudden conclusion leaves one to think Izzy is as screwed up as when the journey began. And maybe that’s why the director papers over so much of the film with needless window dressing: dream sequences and subtitled chapter breaks that look cool but add nothing to whether Izzy gets the f**k across town or not.