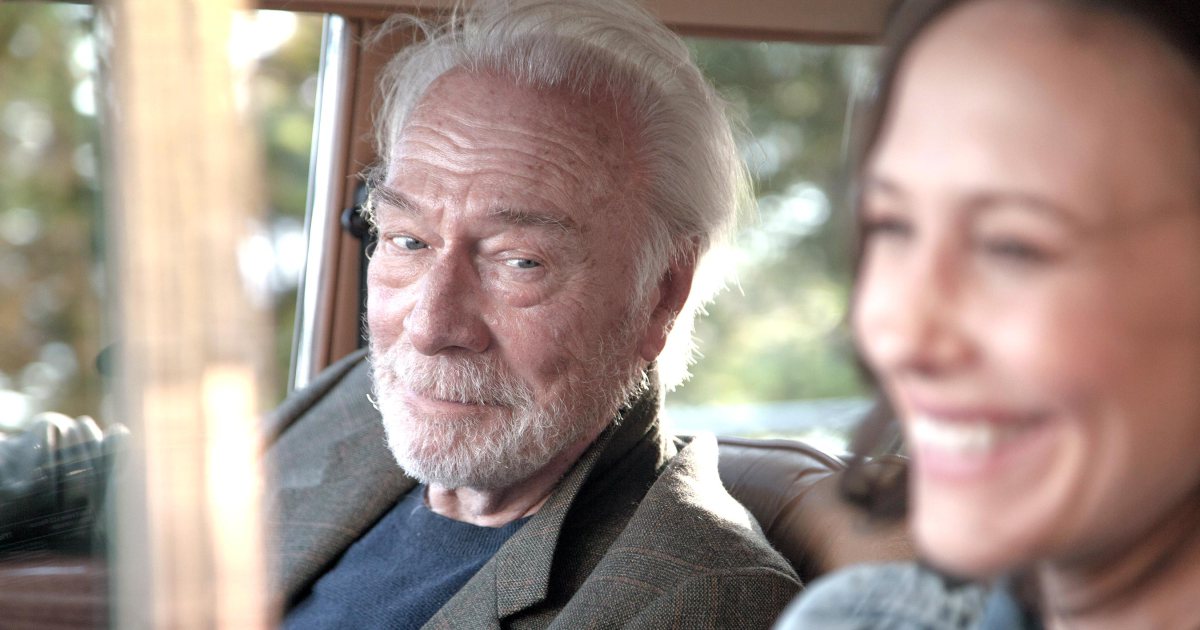 I hated it when Christopher Plummer was recruited to replace Kevin Spacey in Ridley Scott’s forgettable All the Money in the World. He deserves better than that, especially as he enjoys the twilight years of his storied career. Plummer also deserves better than the flyweight roadtrip comedy, Boundaries, but at least in this case he’s able to bring a certain gleam to a well-worn story of dysfunctional family dynamics.

A film full of quirky characters, clichés, and metaphors galore, Boundaries clearly isn’t trying to reinvent the wheel. They’ve unpacked the wheel from the trunk, popped that bad boy into place and are rolling with it on a cross-country journey in which family squabbles will be hashed out and life lessons learned. Plummer lights up the screen as Jack, a smoked-out hippie who has been kicked out of his retirement home for selling pot. The disreputable lout was a disappointing father to Laura (Vera Farmiga), who has grown into a neurotic with a weird obsession with adopting stray pets. She has so many they’re practically crawling up the walls, costing her boyfriends, and hiding away in her purse during visits to her shrink. She’s just got so much love to give, ya’ll. Her son Henry (Lewis MacDougall) is a social misfit who has taken to drawing unflattering nude pictures of random people in his life, usually his mother’s douchebag boyfriends. Gosh, it’s like he needs a man in his life or something. He’s also been kicked out, but out of school not a retirement community.

Because Jack needs a place to stay, and Laura needs money to send Henry to a new school, they embark on a leisurely West Coast road trip to her nutty sister’s (Kristen Schaal) home. Why not a plane? The better for Jack to bond with his estranged family bcause he “doesn’t have long left”, or something like that. In actuality it’s all a dope-selling adventure for him, and Jack has no qualms about roping young Lewis in as his partner with Laura completely unaware of her son’s corruption.

For a movie titled Boundaries nobody seems to have any. Jack is an unfiltered old coot ripped straight out of Grumpy Old Men. He’s brash but charming, and easily wins over Lewis who can’t understand why his mother kept grandpa away for so long. He’s also not afraid to throw a mean right hook when Laura’s lecherous ex-husband Leonard (Bobby Cannavale) comes sniffing around.

“I thought you were a Buddhist!”, Leonard says after a punch in the nose.

“I am, but you bring out the right wing Christian in me”, Jack replies, grinning.

I’m not sure anybody else could have made that line work other than Plummer. I wanted him to throw combinations afterwards.

Everyone’s problems seem complicated only in a Hollywood sense, in that they are easily solvable during a relatively quiet drive from Portland to Los Angeles. Along the way there are necessary diversions so Jack can sell off weed to his crunchy old hippie pals (Christopher Lloyd, Peter Fonda), a sect of Buddhist monks, or to random potheads under a bridge. None of these pit stops amount to much except to ramp up the quirk factor and prolong the journey. Worse, they distract from the movie’s greatest strength which is Farmiga and Plummer.

Both Farmiga and Plummer are capable of much more than this, but that also means they can easily knock this fluffy material out of the park. We haven’t seen this approachable, down-to-earth side from Farmiga in far too long since she’s been wrapped up in horror movies and thrillers, but she’s truly at her best when the characters are grounded and relatable. Even at the age of 88 (!!!), Plummer still has this boyish energy that has you believing he can run a drug operation from the backseat of a car and beat up Bobby Cannavale in a fight.

There’s a predictable scene in Boundaries where the car runs out of gas at an inopportune time, and so too does the film sputter along to its inevitably sappy conclusion. There’s even an emotionally resonant song and dance number between siblings to put a fine point on the whole thing. Director Shana Feste has skill with easily digestible melodrama (except for the choke-worthy Country Strong), and Boundaries goes down so smooth you’ll barely know it’s there.