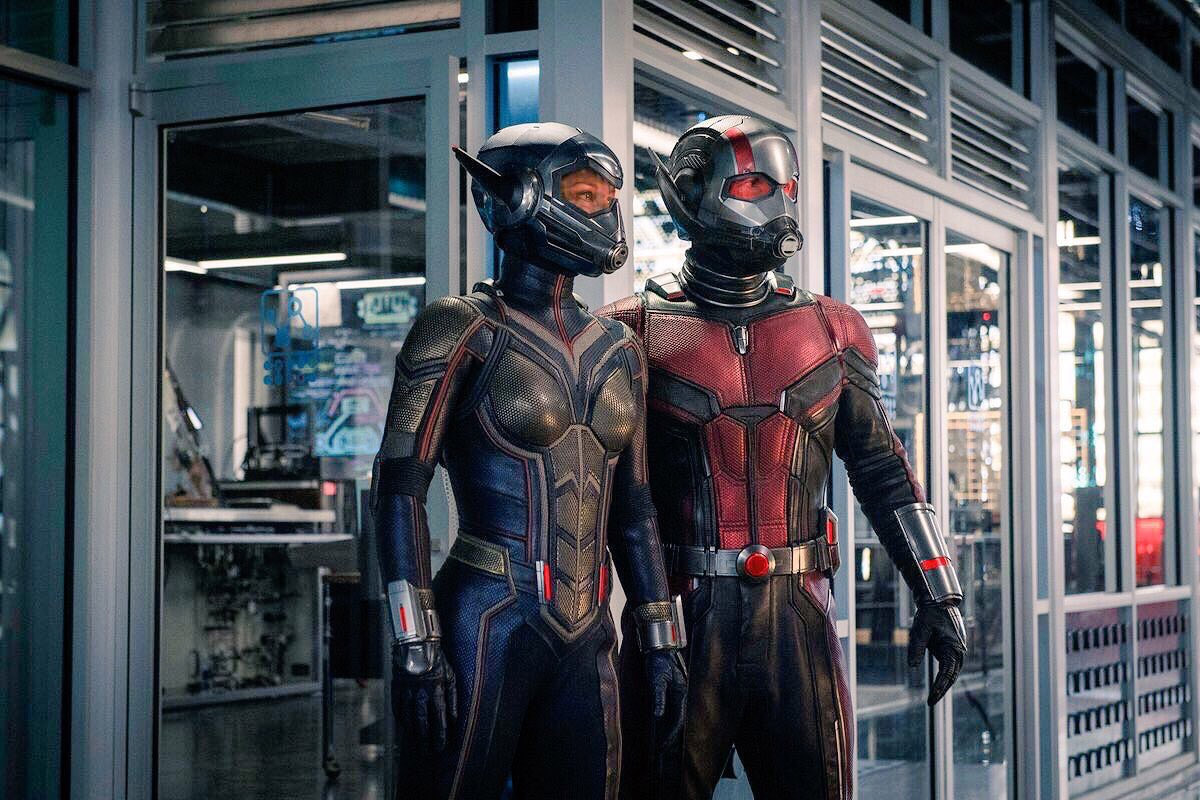 We heap a ton of praise on Marvel for their ten straight years of dominance and they deserve every bit of it. No studio has done anything close to what they’ve accomplished, turning B-list heroes into box office juggernauts and reinventing the way we all consume blockbuster movies. What we don’t do is give Marvel enough credit for their sense of timing. I don’t know about you, but after the doom ‘n gloom of Avengers: Infinity War and the dreaded Thanos Snap, I needed a break. Doubtful me or anybody else could have handled another heavy superhero film with heroes fighting heroes or entire universes being wiped out. It was time for something light and fun with stakes that are comparatively small, no pun intended.

Thank goodness Ant-Man and the Wasp arrived when it did. The sequel to 2015’s well-received Ant-Man is a step above, bringing more humor, a much better “villain”, and better action thanks to the kickass performance of Evangeline Lilly as Wasp. Together she and Paul Rudd’s Scott Lang are a dynamic duo of laughs and left hooks, making us wish they had been a team right from the very beginning. What the film does best, though, is entertain us with a kinetic romp through the Marvel Cinematic Universe without being held down by it. Of course if you’ve seen the other Marvel movies you get a better context for some things, but at heart this feels like a charming personal story for these particular characters.

Basically answering the “Where was Ant-Man during Infinity War?” question, Scott Lang has been holed up in his house for two years on house arrest for his part in that whole Civil War thing. Remember that? Big superhero battle at an airport? BIIIIIGGGGG Giant-Man appearance? Yeah, that. Civil War seems like a millennia ago. Anyway, he’s going stir crazy but has managed to muddle through by creating Avengers-esque adventures for his daughter Cassie’s regular visits, and helping his old thieving buddies (including Michael Pena as the mouthy Luis) launch X-Con Security. Get it, ex-con? Meanwhile, Hank Pym (Michael Douglas) and his daughter Hope (Lilly) are also on the run from the government, but they’ve managed to find time to investigate the Quantum Zone, the microscopic world Scott escaped from. It’s also the place where Hope’s mother Janet (Michelle Pfeiffer) went missing, and now they think they can get her back.

But for that, they’ll need Scott’s help, except they hate his guts and he’s not exactly been honest with them about everything that he did. That puts Scott in the awkward position of playing the hero again while trying to mend fences with Hank and Hope, and avoiding being caught by dogged but pathetic FBI agent Jimmy Woo (Randall Park).  Most of the tug of war Scott’s going through is played comically, as it should since that’s when the film is strongest. Rudd excels in the heartwarming scenes shared with Abby Ryder Fortson as Scott’s daughter Cassie (lots of rumors about her lately), and in playing the goofball opposite Lilly’s refined, strategic combatant.

The first movie’s villain Yellowjacket was so generic he’s barely worth a second thought, but the sequel gets an upgrade with Hannah-John Kamen as Ghost, a mysterious young woman with a strange phasing power and some connection to the Quantum Zone. Marvel die-hards should be pumped for the addition of Laurence Fishburne as Bill Foster, aka the former hero known as Goliath. He plays a crucial role that helps broaden the Ant-Man/Giant-Man legacy, which has become surprisingly rich through two movies. No other MCU character has the heroic lineage of Ant-Man and we’re seeing it used to build a deeper story.  Walton Goggins and his toothy grin also impresses as Simon Burch, a low-level criminal/obstacle who wants the Quantum technology for himself. He’s no Thanos, but as a pest nuisance he fits with the movie’s lower stakes.

Credited to a whopping five screenwriters, Ant-Man and the Wasp occasionally feels like pieced-together comedy sketches connected by exposition. It takes a lot to explain Scott’s house arrest and the Sakovia Accords, Janet’s disappearance, Ghost’s backstory, Bill Foster’s past with Hank…and that doesn’t even begin on all the techno-babble. “Do you just put Quantum in front of everything?‘, Scott asks after one particularly nonsensical exchange about subatomic particles or whatever. And we kindof agree with him on that. Fortunately, Reed doesn’t let things get bogged down too much, leaning on his experience as a comedy director to always be setting up for the next big joke. Reed, who prior to joining Marvel was best known for the cheerleading comedy Bring It On, has vastly improved as an all-around filmmaker. The action setpieces are exciting and hilarious, usually involving some unexpected use of Pym Particles to expand atypical items like a salt shaker or Pez dispenser. While I spent the first movie wondering what Ant-Man would have been like if Edgar Wright had stuck around, Reed has now come into his own.

Ant-Man and the Wasp works because it doesn’t get too big for its britches. Whether it’s dealing with Scott’s home life or his heroic and romantic misadventures, there’s never a moment when you wish it had larger, world-threatening ramifications.  For that, you’ll have just to stick around through the end credits, but you already knew to do that.

‘Are You There God? It’s Me, Margaret’ Trailer: Rachel McAdams And Abby Ryder Fortson Lead Adaptation Of Judy Blume’s Classic