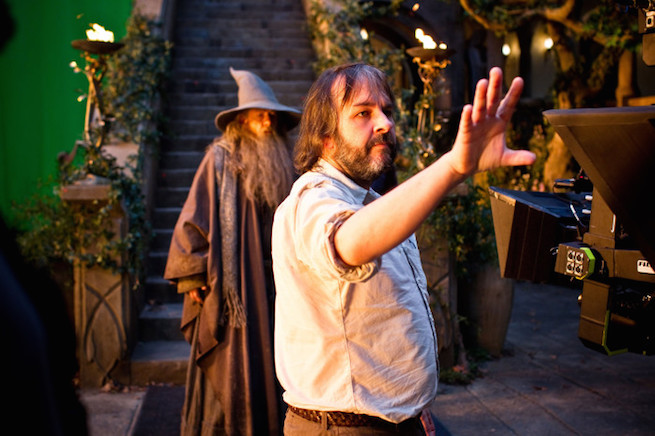 It’s a double noggin knocker of bad news for Peter Jackson fans hoping last month’s rumors about his involvement in Amazon’s Lord of the Rings series and a DC Comics movie were true. In short, he’s barely involved with one and has zero to do with the other.

Jackson was a but squirrelly on the Lord of the Rings thing, though, giving two different answers in short order. First he spoke with French outlet Allocine, and flat out denied he had anything to do with Amazon’s $1B Middle Earth series…

“I’m not involved at all in the ‘Lord of the Rings’ series. I understand how my name could come up, but there is nothing happening with me on this project.”

Okay, that’s pretty definitive. But something clearly changed shortly thereafter. Maybe he was just in a bad mood or something, because speaking with IGN Germany (via Consequence of Sound) he admitted to having a role in its development.

“I had a phone conversation with Amazon on that one — I think that was over a year ago and it sounded like they were doing the right thing [with the show], they have very good intentions with it, it all sounds very fascinating and exciting. However, I would not want to be the one responsible for the entire TV series, simply because I’ve never been responsible for a [long-term] series like this before in my life. So it would not be very smart if I took on the role of showrunner. What I’m actually doing right now is putting the creative team [behind the series] together.”

That’s probably for the best. Jackson had a good run bringing the world of JRR Tokien to a generation of moviegoers, but it’s time to see another’s vision for it. That said, any involvement by Jackson is going to be capitalized on by Amazon who know that he will be forever linked to these stories. Makes sense to keep him around even if it’s in a background capacity.

Allocine also asked Jackson about those rumors he was considering a directing gig on a DC Comics movie for Warner Bros. Let’s just say that Jackson was very clear with his feelings on this…

“That’s not true. I had no discussions about that. I’m not a fan of comics, I’ve never read any, so I’m not particularly interested in adapting one for cinema. That’s not true at all. I’m not involved in any DC film or Lord of The Rings series but I’m ok with it, I have plenty other projects that keep me busy.”

So that would be a no?

One of those projects keeping Jackson busy is the adaptation of Mortal Engines that he  co-wrote with his Lord of the Rings collaborators. The trailer for that was released this week and you can find it here. Maybe now he can get cracking on that Tintin sequel neither he or Steven Spielberg seem to want to make.