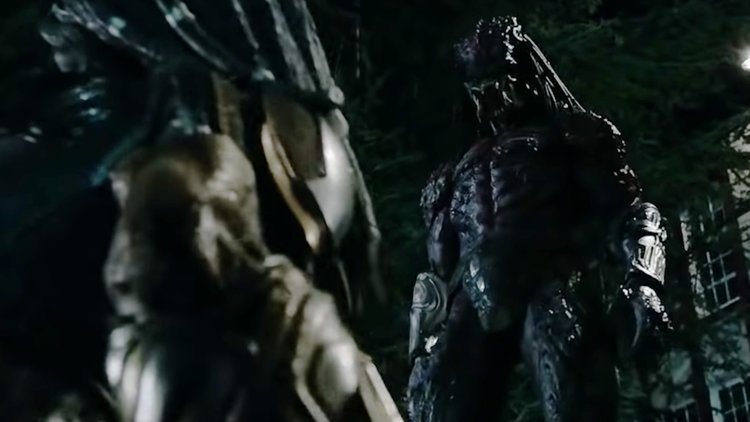 Shane Black has had an interesting path to directing The Predator. He famously talked his way into the cast of the original 1987 movie and expanded on that with some uncredited script work. That helped launch a career that has made him a fan favorite filmmaker for a lot of years, and now three decades later he’s put his official stamp on the franchise in a movie that looks pretty great in my opinion.

What we know of the story finds the alien badasses back on Earth and spoiling for a fight, only now they’ve genetically enhanced their DNA to become more lethal. We get a look at that in what appears to be a souped-up mega-Predator facing off with another one.. The cast includes Boyd Holbrook, Olivia Munn, Sterling K. Brown, Keegan-Michael Key, Trevonte Rhodes, Alfie Allen, Thomas Jane, Yvonne Strahovski, and Jacob Tremblay, who is the one responsible for the predators’ arrival.

From the outer reaches of space to the small-town streets of suburbia, the hunt comes home in Shane Black’s explosive reinvention of the Predator series. Now, the universe’s most lethal hunters are stronger, smarter and deadlier than ever before, having genetically upgraded themselves with DNA from other species. When a young boy accidentally triggers their return to Earth, only a ragtag crew of ex-soldiers and a disgruntled science teacher can prevent the end of the human race.