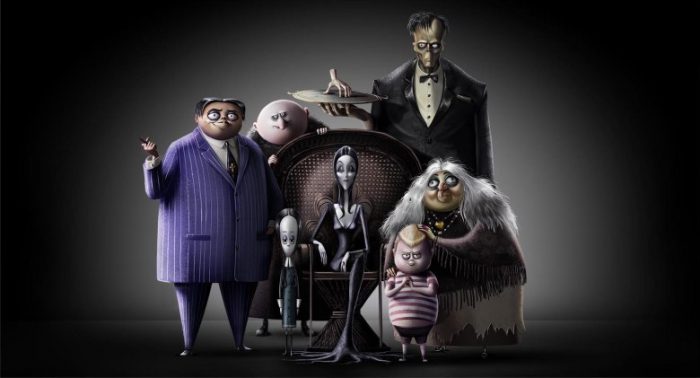 They’re creep and their kooky, but the voice cast of the animated The Addams Family movie is also scary good. MGM has released the first image from film co-directed by Sausage Party‘s Conrad Vernon and Greg Tiernan. But the big news is who will be joining Oscar Isaac, already confirmed to voice family patriarch Gomez Addams.

Voicing the other Addams’ will be Charlize Theron as Morticia, Chloe Grace Moretz as Wednesday, Allison Janney as nemesis Margaux Needler, Finn Wolfhard as Pugsley, Nick Kroll as Uncle Fester, and Bette Midler as Grandmama. Damn.

Penned by Matt Lieberman, the story finds the Addams clan facing off against a sly reality TV show host while also preparing for an extended family reunion. Sure that will go well.  As you can tell from the above image this is a very different visual take on The Addams Family, looking like they just stumbled out of Tim Burton’s Frankenweenie or something. Actually, Frankenweenie would make a pretty good Addams Family pet, so maybe it’ll all work out.

The Addams Family opens October 11th 2019. Think of how good this would be if it were live-action, too. >sigh<