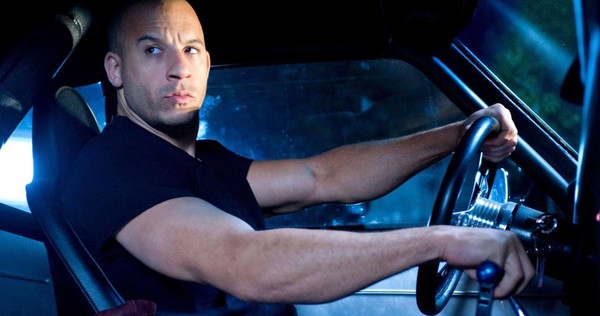 Remember when The Fast and the Furious was just another movie about the LA street racing scene? Now the franchise is about cars, family, and exotic locales. Fast & Furious 9 promises to have all three, and yesterday while helping to introduce the new Fast & Furious ride at Universal Orlando, Vin Diesel teased the movie’s location while re-confirming a key member of the family’s return.

“They asked me specifically, please do not divulge what happens in 9. But I get so excited… and I start talking about it out of excitement. It’s like spilling the beans. I can say there are a few locations we’ve been wanting to travel, and one of them is Africa…. The thing I’m most excited about is the fact that we are finally going to catch up to Mia Toretto in the ninth chapter. And I’m sure if you’re smart, you can tell what all of that implies. It’s a very positive component to this next one.”

Africa, really? Wonder if they’ll make a stop over in Wakanda?  The news about Jordana Brewster’s return has been teased by Diesel before so it’s not that surprising, but it does leave me wondering how they’ll reintroduce her to the group. And what does it mean for Paul Walker’s Brian O’Connor, who had his chance to ride off into the sunset? Mia coming back suggests something has happened to him that she needs the team for.

Diesel also re-confirmed prior reports that Justin Lin, who directed four previous Fast & Furious movies, would return for nine and ten. Some expect the tenth film to be the end of the road but The Fate of the Furious grossed $1.2B, and the franchise is only expanding with the Hobbs & Shaw spinoff arriving next year. It’s because of that film Fast & Furious 9 has been delayed until 2020.