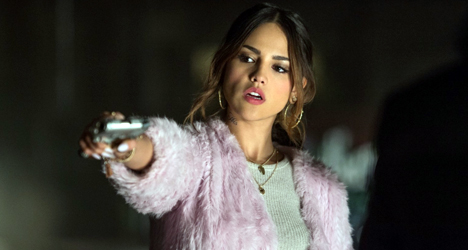 The Valiant Comics cinematic universe is growing and so is the cast of Bloodshot, which stars Vin Diesel as the nanite-powered hero. According to Variety and Deadline, Diesel will be joined by Baby Driver star Eiza Gonzalez, Outlander‘s Sam Heughan, and Michael Sheen who really needs no introduction at this point. He’s been in everything, hasn’t he?

It’s unclear what roles they’ll be playing, however. We do know Diesel is set to play the titular soldier who, after a mortal injury, is revived using nanotechnology that gives him increased healing and other superhuman abilities. He’s tasked with finding and bringing in others just like him, known as harbingers.

The plan by Sony is to launch multiple franchises out of this. The first film will be Harbinger, followed by Bloodshot which is directed by Dave Wilson. They will then crossover in a Harbinger Wars movie that features both title characters.