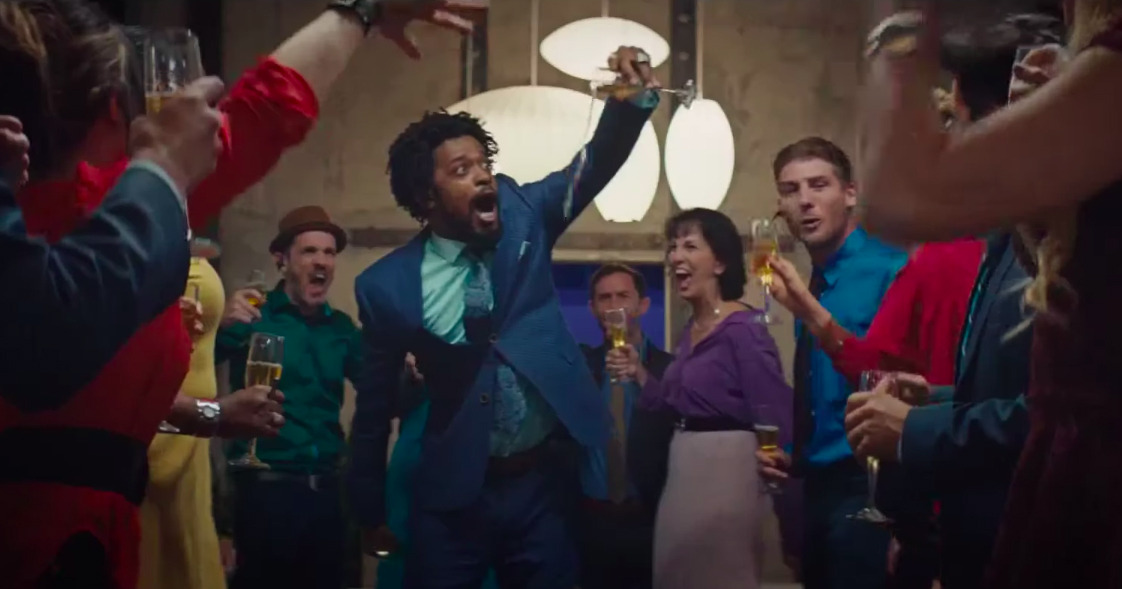 How does one of the most surreal and macabre movies to debut at Sundance ever not have a red band trailer? For too long we had to contemplate that with Boots Riley’s absurdist comedy Sorry to Bother You, but contemplate no more.

Lakeith Stanfield, Tessa Thompson, Armie Hammer, Steven Yeun, Terry Crews, Danny Glover, and Omari Hardwick star in the directorial debut by The Coup frontman Boots Riley, a bizarre update on what it means to “sell out” in today’s world. Stanfield plays a stuggling telemarketer who becomes the best by using his white voice (which is David Cross) and ignoring his friends. But it gets him into a very special club run by a coke-snorting, gun-waving Armie Hammer, who is hiding secrets that when are one giant “WTF” moment.

This joint is crazy weird, but that’s part of its charm. Riley has a distinct visual style and an aggressive attitude, and comes up with some brilliant sight gags, like Stanfield’s character literally dropping in on the people his cold calls are disrupting. Riley has a bright future ahead of him no matter what, but I really want to see how people respond to this.

Review: ‘Army Of The Dead’