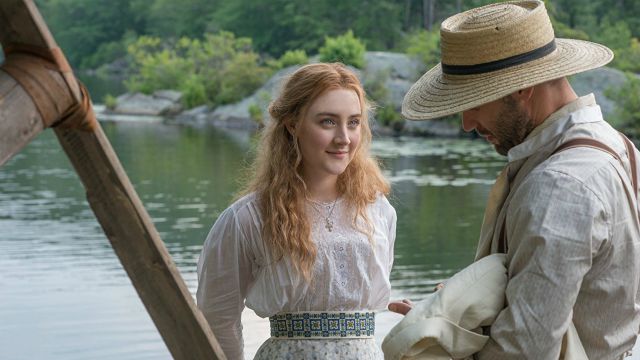 Even if one has never heard of Chekhov’s classic play The Seagull, an adaptation featuring Saoirse Ronan, Annette Bening, Corey Stoll, and Elisabeth Moss should be extremely inviting. And for the most part, the cast are game for modernizing the more than a century-old romantic story, but the script doesn’t do much to give them any help and the material feels extremely dated as a result.

The Seagull is an Austen-esque story of various romantic entanglements and social mishaps, set within Russia’s artistic world. On a picturesque country estate is where we find tortured artist Konstantin (Billy Howle), a lovesick writer who is in love with Nina (Ronan), an aspiring actress who stars in most of his inscrutable plays. Their lives intersect with aging actress Irina Arkadina (Bening) and her young lover Boris Trigorin (Stoll), who happens to be in love with Nina, making Irina jealous of the youthful woman. “Hold my beer…” says Konstantin, who is violently envious of the more successful Boris, and for capturing the eye of Nina who admires him in every way possible. 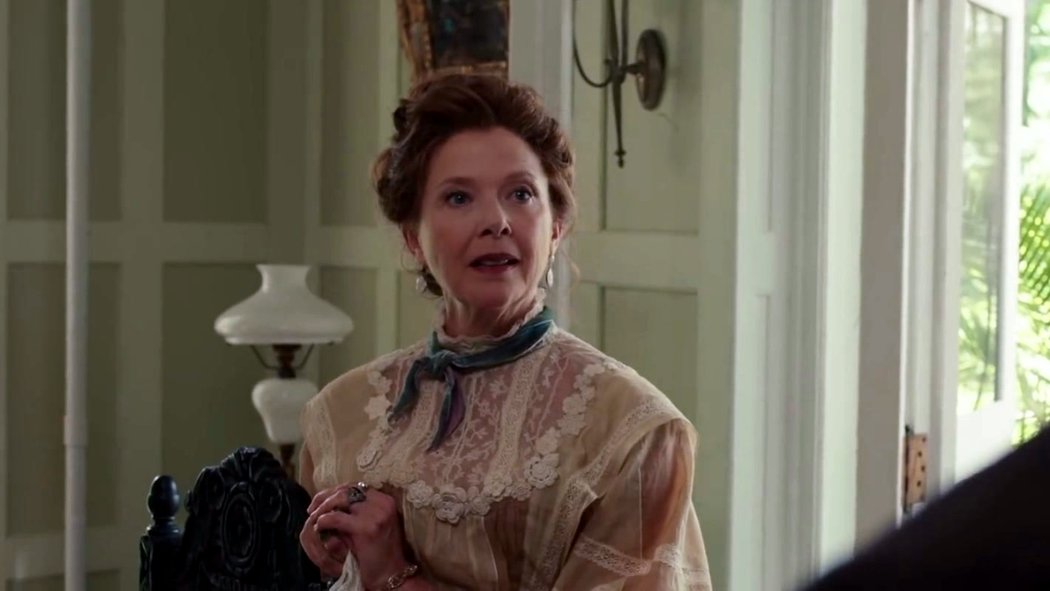 There are other characters ducking their heads into this mess, such as the miserable Masha (Moss) who dresses all in black to mourn her unrequited love for Konstantin. Masha has the attentions of a poor schoolteacher (Michael Zegen), but she’ll never return his love. She sees the poor state of her parents’ relationship; Polina (Mare Winningham) and her husband (Glenn Flescher) who owns the estate. Polina is having an affair with Dr. Dorn (Jon Tenney), a bachelor having his way with just about any woman he wants, including Irina back in the day. Meanwhile, Irina’s ailing brother (Brian Dennehy) watches the whole thing with the comical insight of someone who has seen it all.

It’s all enough to make your head spin, but keeping track of the criss-crossing affairs isn’t the film’s problem. Screenwriter Stephen Karam and director Michael Mayer stick stubbornly to the source, leaving the characters as little more than walking symbols of love and regret It doesn’t allow much room for Mayer’s talented cast to breathe much life into their performances, but as you can guess a few of them rise to the occasion. Bening is brilliant as the conceited and controlling Irina, who busts out into song at a moment’s notice just to remain the center of attention. She has no qualms disrupting Konstantin’s play to the point that he quits, yet moments later has the nerve to wonder why he’s so upset with her.  Moss brings much needed deadpan humor as Masha, while Stoll is oily/charming as Boris.

Meanwhile, the central love story falls pretty flat. Ronan and Howle never click  when together and separately they feel strangely adrift from the whole. There’s such an inevitability to Nina and Boris’ relationship that there’s little drama to it, even with a gun introduced in the first act that we know (based on Chekhov’s own rules!) that will be used at some point. Meanwhile, Howle is pretty hard to stomach as Konstantin, who spends the entire movie sulking to such a degree that we really just need him to turn that gun on himself, post haste. While Stoll exudes so much charm that it casts Boris in an appropriately disingenuous light, Howle has so little to offer that we can understand his romantic woes. Who would want to be with a mope like him?

The combination of Karam’s old-fashioned dialogue and Mayer’s zippy camera gives The Seagull a feel similar to the recent adaptation Far from the Madding Crowd, minus that film’s charismatic romantic pair. Without it, The Seagull can only fly so high.