Some of my favorite movies find a whole bunch of really bad folks forced into one another’s orbit until something really terrible pops off. So I’m super excited for next month’s Hotel Artemis, which looks great. But if I had to pick a film I’m most eager for this year it’s Drew Goddard’s Bad Times at the El Royale. Set in 1969,  the film stars Jeff Bridges, Chris Hemsworth, Jon Hamm, Cailee Spaeny, Dakota Johnson, Lewis Pullman, and Cynthia Erivo as strangers stuck in a mysterious Lake Tahoe hotel with a bad reputation. Naturally, shit goes to Hell pretty fast.

We’re learning a bit more now thanks to EW, who along with Empire provide some new images including a very shirtless Chris Hemsworth. Some of you will be happy to know that showing off his bod is apparently a key character trait. Here’s a bit more about some of the movie’s characters…


This is Goddard’s first time behind the camera since 2012’s The Cabin in the Woods, and he addressed concerns that he’s basically just rehashing the same plot…

What they have in common, he says, is a shared “sense of danger,” something he often finds is lacking in big-budget, franchise productions. “It definitely shares the boldness in choice that Cabin has,” he says of Bad Times. “We certainly don’t play it safe.”

And here is the official synopsis: Seven strangers, each with a secret to bury, meet at Lake Tahoe’s El Royale, a rundown hotel with a dark past. Over the course of one fateful night, everyone will have a last shot at redemption… before everything goes to hell.


The film opens on October 5th and I can’t wait. Goddard will then move over to direct Fox’s X-Force movie. 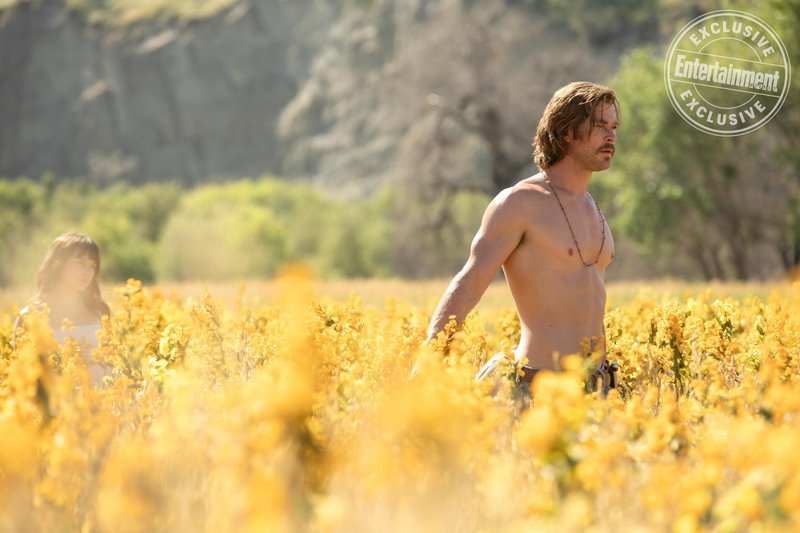 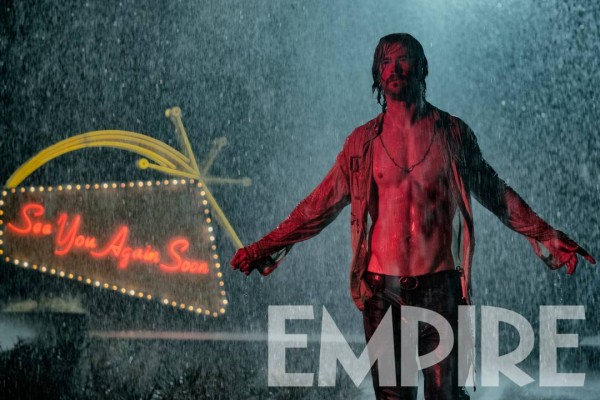 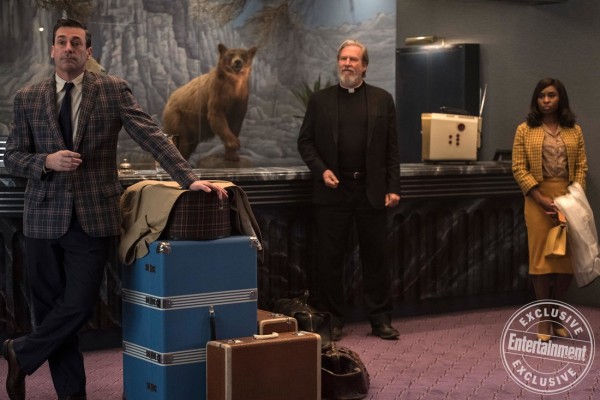 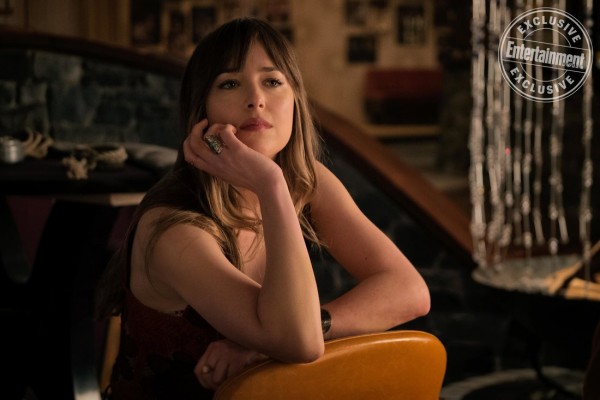