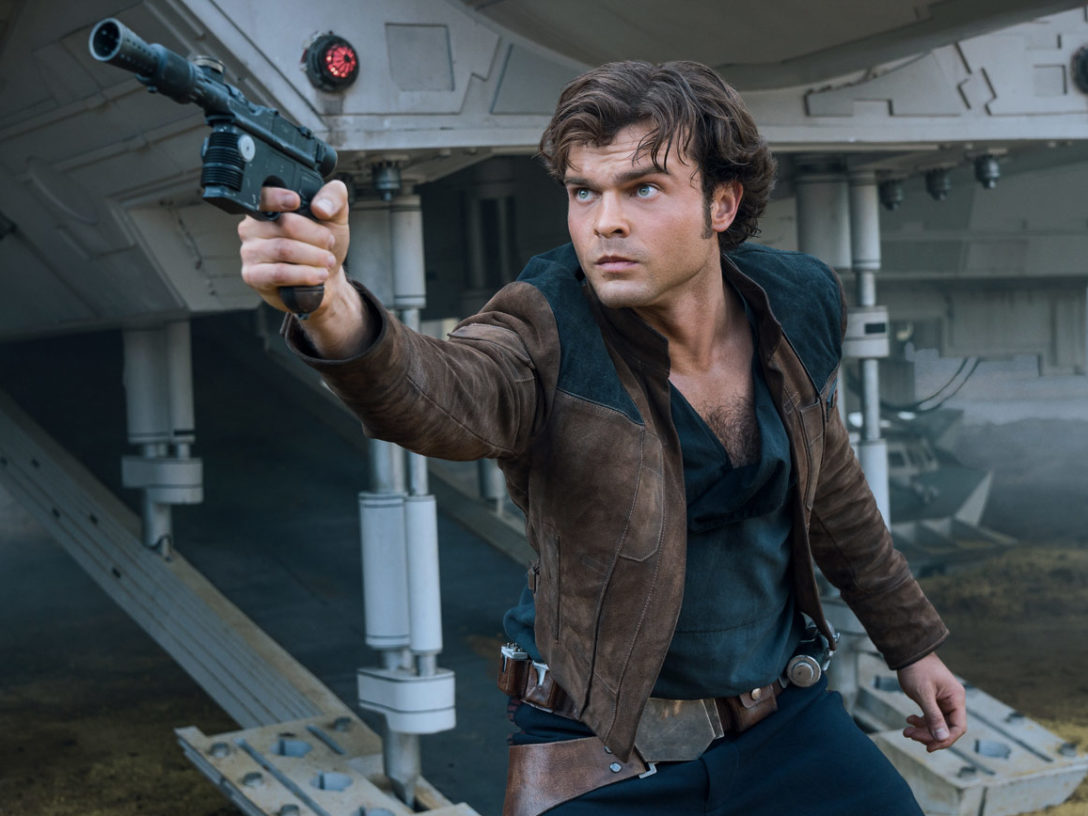 *UPDATE*- Okay, some good news. Solo: A Star Wars Story managed to pull out $103M through the Memorial Day holiday, a bit more than projected. That is the best Memorial Day launch on record since 2014’s X-Men: Days of Future Past, which I guess is a nice feather in Disney’s cap. That said, its debut is still very disappointing in light of the $140M+ record-breaking projections from just days ago, and the film’s $300M+ price tag. This is still a low for the franchise, and that’s even if you include the Special Edition re-releases from the ’90s. It remains a huge disappointment overseas, as well, with just $65M making for a worldwide haul of $168M.

1. Solo: A Star Wars Story (review)- $83.3M
Uh oh. There have been a surprisingly vocal group of folks waiting anxiously for Star Wars to have its first true box office dud, and that time may be here. Solo: A Star Wars Story opened with just $83.3M domestically, with a projected $101M through to Memorial Day. That’s after a decent $14M on Thursday previews added into $35M on Friday, but the numbers stayed soft into the weekend. Star Wars has never found a home internationally and that continued with just $65M internationally for a $148M haul worldwide. Ouch.  So what does this mean? Hard to tell right now, but the next two weeks will be key. It’s fairly open over that stretch so we could see those who spent their movie money on Deadpool 2‘s second weekend take the time to finally catch up with Solo. If that happens it could easily recover, but even so these numbers are going to be way below the Star Wars standard. The question becomes whether putting out a new Star Wars film annually is the right way to go, especially in this case. Only six months have passed since The Last Jedi and we may be seeing audience fatigue mounting at a rapid rate. Disney is miscalculating if they think Star Wars is the same as Marvel. They can’t be treated the same way.
2. Deadpool 2– $47.2M/$207.4M
Deadpool 2 took a $47.2M bite out of the box office in its second weekend, and I think it’s safe to say a lot of those were potential Solo fans. The 66% drop is steep, but the  The R-rated flick has $487M worldwide after just two weeks, and cost roughly $110M to produce. I say it all of the time but it remains true.  Budget is everything, and Fox has been smart about keeping the Deadpool films lean enough that one or two weekends is enough to make them a hit and a smart investment. Solo, which may have cost north of $300M after reshoots, is going to struggle to break even.
3. Avengers: Infinity War– $16.4M/$621.6M
$1.9B worldwide and counting for Avengers: Infinity War. I’m curious to see if numbers this massive will rub off on Ant-Man & the Wasp.
4. Book Club– $9.4M/$31.8M
5. Life of the Party– $5.1M/$39.1M
6. Breaking In– $4M/$35.6M
7. Show Dogs– $3.07M/$10.6M
8. Overboard– $3M/$41.4M
9. A Quiet Place– $2.2M/$179.9M
10. RBG– $1.1M/$5.6M