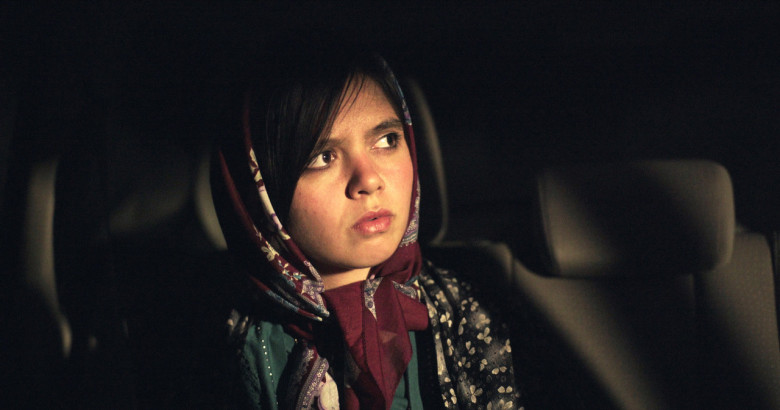 If you’ve heard of Iranian filmmaker Jafar Panahi then you probably know his story. The director of such humanistic films as The White Balloon, Offside, and Crimson Gold ran afoul of the Iran government for the content in his work, which often criticized certain aspects of life in his home country. In 2010 Panahi was arrested, along with his family and friends, on a charge of spreading propaganda against the government. He was convicted and sentenced to a 20-year ban on making movies. Since then he has kept making movies, albeit in secret. With that kind of back story it makes the Cannes premiere of his latest, 3 Faces, all the more special.

A fictionalized story in which Panahi and actress Behnaz Jafari play versions of themselves as they search for a young girl who reached out to them for help in leaving her conservative family.  The new trailer shows them exploring different villages in northwest Iran, encountering colorful people who have a very different way of life. Here’s the synopsis:

Well-known actress Behnaz Jafari is distraught by a provincial girl’s video plea for help – oppressed by her family to not pursue her studies at the Tehran drama conservatory. Behnaz abandons her shoot and turns to filmmaker Jafar Panahi to help solve the mystery of the young girl’s troubles. They travel by car to the rural northwest where they have amusing encounters with the charming folk of the girl’s mountain village. But the city visitors soon discover that the protection of age-old traditions is as generous as local hospitality…


Fortunately, 3 Faces looks pretty solid in terms of international distribution but there’s no word on a stateside release. Hopefully we’ll learn more once Cannes wraps up.