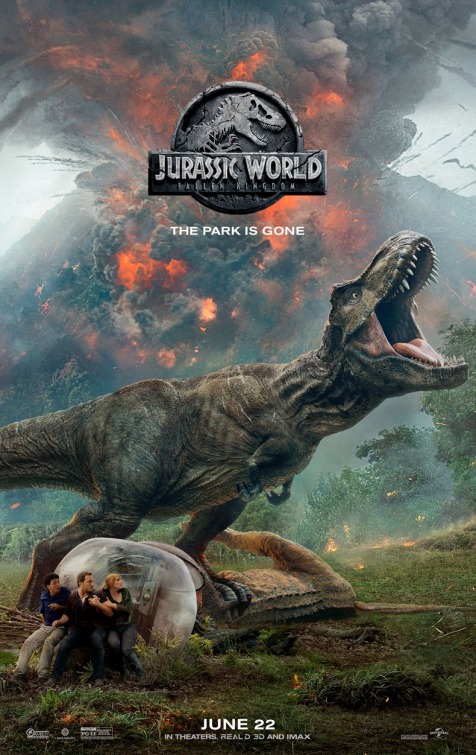 The new trailer for Jurassic World: Fallen Kingdom is a major departure from previous ones, moving the action well beyond the exploding island and into the larger plot. What we find is that escape from the island is just the beginning and a deeper conspiracy ensnares Owen (Chris Pratt) and Claire, one that finds them coming face to face with a powerful new dinosaur hybrid: the Indoraptor.  Sounds like Snoop Dogg’s favorite dino.

Directed by J.A. Bayona, bringing the skills that made The Orphanage, The Impossible, and A Monster Calls all rewarding experiences in different ways, the film finds Owen sent back to Isla Nublar to rescue as many dinosaurs he can, including his pal Blue, the last Velociraptor of its kind. But once that deed is done they discover it was all a setup, and that Blue is needed for a darker purpose that seems to involve B.D. Wong’s returning Dr. Henry Wu.

This trailer is all about introducing the Indoraptor and presenting it as a menacing threat for Owen and Claire, including a creepy scene inside a little girl’s bedroom.  They’re setting this one to be more of a monster movie than the previous film which I think is a smart way to go to keep things fresh.