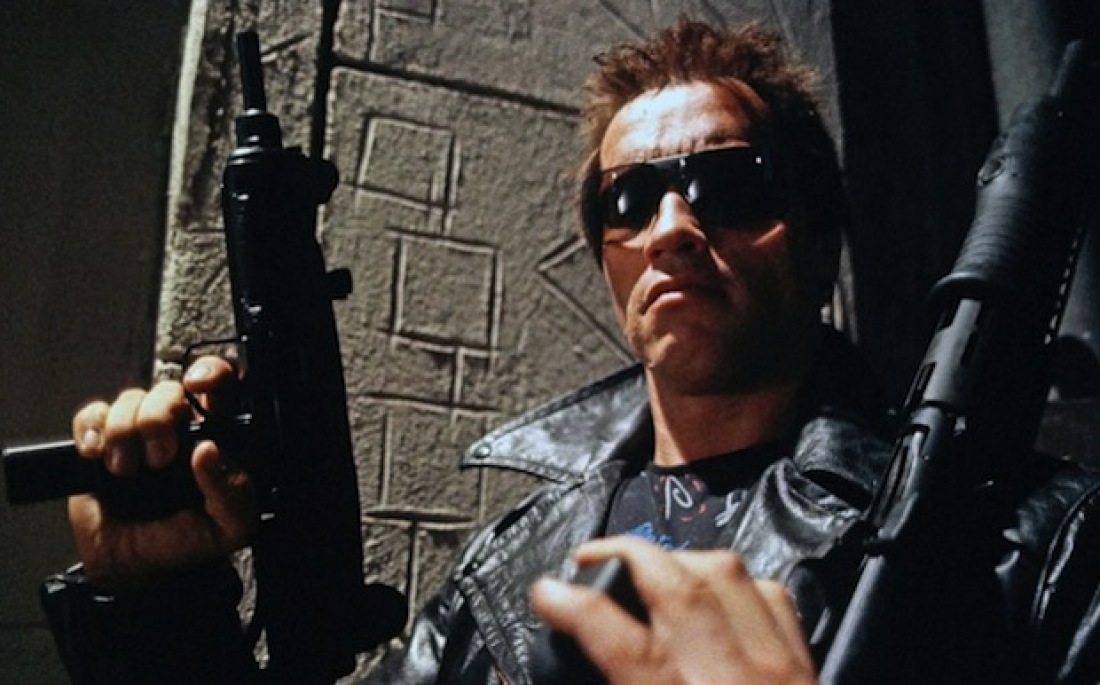 I don’t know if there are a lot of people eager for another Terminator movie after the failure of Terminator Genisys, but if so they are going to be waiting a while longer. THR reports that James Cameron’s Terminator 6 has been pushed back from its original date of July 26th 2019 all the way to November 22nd of the same year.

No reason was given for the move, but I imagine it’s to give the story more time to develop, and not because of Arnold Schwarzenegger’s recent heart surgery. Cameron is overseeing the project while Deadpool director Tim Miller is at the helm, but actual details are pretty slim. We do know that it will be a sequel to the classic Terminator 2: Judgment Day, ignoring the three movies that followed. Arnold Schwarzenegger is back as the T-800 and so is Linda Hamilton as Sarah Connor. Recently we learned they would be joined by Blade Runner 2049‘s Mackenzie Davis as a human assassin on a mission of her own.

Also opening on that date in 2019? An untitled Fox/Marvel superhero movie. Shooting on Terminator 6 was to begin this summer but will likely get a new start date.