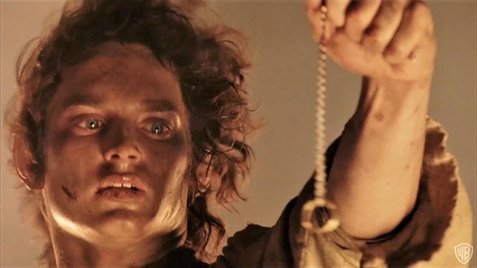 When Amazon plunked down $250M and locked in a multi-season deal to develop a Lord of the Rings TV series, we knew it was going to be a massive undertaking on the scale of HBO’s Game of Thrones. And now in a new report by THR we’re starting to get details on the scale of this project, the true cost, the headaches of getting it ready fairly quickly, and the possible involvement of Peter Jackson.

So what we know is that this will be a prequel series set in Middle Earth prior to events in J.R.R. Tolkien’s The Fellowship of the Ring. The deal Amazon struck with the Tolkien estate, publisher HarperCollins, and New Line Cinema demands five seasons of TV minimum, and requires for production to begin within two years.  So they’re already looking at about $1B in costs when you factor in the pricey production, casting, visual effects, marketing, and other factors, but then the two-year start period practically requires Amazon to speed the process along. That’s not good when you’re talking about a show of this size with such a high degree of difficulty. Nobody wants this to turn into another Inhumans debacle, do they?

The deal also allows for Amazon to develop spinoffs, which they are already looking into so as not to be caught off-guard if the series is a smashing hit. The want to be ready to move on these as soon as possible to help recoup costs, but also to take advantage of the moment. Game of Thrones is also seen as the model here as Amazon’s Jeff Bezos really wants to emulate their success, but be quicker on expanding the series than HBO has been.

It’s possible we’ll see Peter Jackson come on board as an exec-producer. To me it’s shocking that he isn’t already. Amazon may need to use some material from his three highly-regarded movies, meaning they also had to send some of that $250M to Warner Bros/New Line, who own the movie rights but none for TV. By “material” it could mean footage, or maybe some aspects of Jackson’s New Zealand sets. Jackson is apparently having “a dialogue” with Amazon and it’s really up to him what happens with that, but it seems like a no-brainer, right? Jackson crafted three beloved Lord of the Rings movies and three…well, let’s call them competent Hobbit movies. No filmmaker knows Middle Earth quite like Jackson and his assistance would be invaluable, especially if he can bring along LOTR co-writer Phillipa Boyens and producer Fran Walsh.