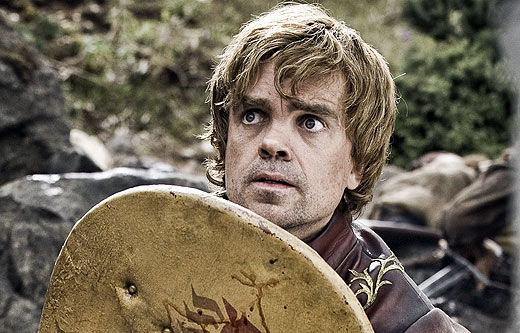 Peter Dinklage is in talks to star in Legendary’s upcoming comedy O’Lucky Day, to be directed Jon S. Baird (Filth) from an Andrew Dodge script. And if you guessed it would have Dinklage playing a leprechaun, you were right. The Game of Thrones vet stars as a con man who poses as a leprechaun to get revenge on another. Dinklage will be seen later this year in the terrific sci-fi drama I Think We’re Alone Now, and has an unspecified role in Avengers: Infinity War.

Rock of Ages and Scream Queen‘s Diego Boneta has joined Arnold Schwarzenegger, Linda Hamilton, and Mackenzie Davis in Terminator 6. It was just last week the film was delayed to allow director Tim Miller more time to shoot the movie, but that hasn’t stalled the casting process. The storyline remains a secret, just like Boneta’s role (John Connor???), but we do know it will pick up after the events of Terminator 2 and ignore everything that came later. Terminator 6 opens November 22nd 2019.

Rob Ford’s time as mayor of Toronto was a comical disaster, with the rambunctious politician becoming a nightly punchline on the late-night talk shows. Now his story is headed to the big screen in Run This Town, with Homeland‘s Damian Lewis on board to play him. Lewis will undergo extensive prosthetics to play Ford, who was stripped of his official powers in 2013 due to cocaine abuse and a series of very public scandals, including one instance when he was caught on tape smoking crack. Ford died in 2016 of cancer. The story will be set in the final year of Ford’s mayoral term as a reporter (Ben Platt) tries to expose a scandal, while the mayor’s aids (Nina Dobrev, Mena Massoud) try to keep the story a secret. Jennifer Ehle and Scott Speedman also star with Ricky Tollman directing. [THR]