The NOVA Film Festival has been on a roll these past few days.
The international film/music festival, hosted annually by the Angelika Film Center,
has had quite the selection of projects being screened. None, however, piqued
my interest quite as much as Trouble is my Business, a new
neo-noir thriller from writer/director Tom Konkle, who I had the pleasure of
speaking with briefly before the screening began.
Konkle is one of those
guys. Those character actors who pop up in TV and movies and make you go
“oh, it’s that guy.” And he’s proud
of his that guy status. You’ve seen
him before on the FX series Baskets, on Cosmos, and on a John
Cleese comedy special. You’ve heard his voice on cartoons and seen him in Coke
commercials, but you’ve never had the opportunity to see him as the type of
complicated character he plays in Trouble, and that’s part of the
point. Konkle and his partners on the film are all that guy performers. They decided to pool their resources into
making this film, an opportunity for all of them to push things further than
they typically get to. Wisely, they chose noir as the style for their outlet,
and we wound up with this gloriously campy movie. It’s a piece where every role
is a big character, and every piece of scenery requires proper chewing. 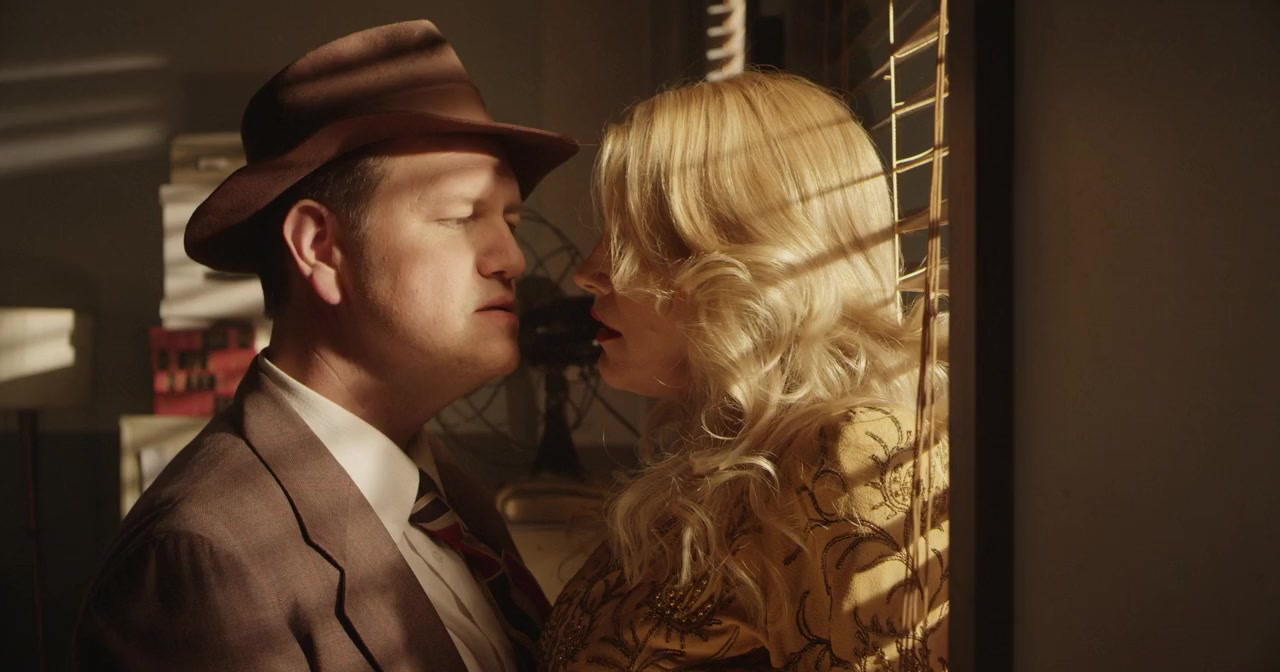 Shot in beautiful, shadowy black and white, the film itself
has Konkle doing his best Bill Murray impression as washed-up detective Roland
Drake. Drake is a man who finds himself wrapped up in a classic noir-style
mystery for him get to the bottom of. There’s guys in the shadows with
mustaches and fedoras, femme fetales pulling knives, Russian spies, and
smuggled diamonds. It has everything you’d want in a moody throwback to fast-talking
40’s scuzz, and this group pulls it off. Everyone in this film is having the
time of their life, swinging for the fences with their wild, cartoonishly noir
stock characters, and I loved every second of it.
That being said, nothing is perfect. While it did look very
stylized and professional, at times you could tell the true indie quality of
the film based on the occasionally fuzzy audio or clearly ADR-dubbed line. My
biggest problem, however, is a very nerdy one. Every so often the film would
slip into a handheld camera visual style. To me, that clashed hard with the pitch
perfect noir tone and setting created in every other area of the film. Film
noirs are notoriously static, and while there’s definitely room to
stylistically move the cameras, a true noir would never become quite as
visually kinetic as Trouble is My Business occasionally becomes. And that’s about
it. Past that, this movie was a slam dunk. 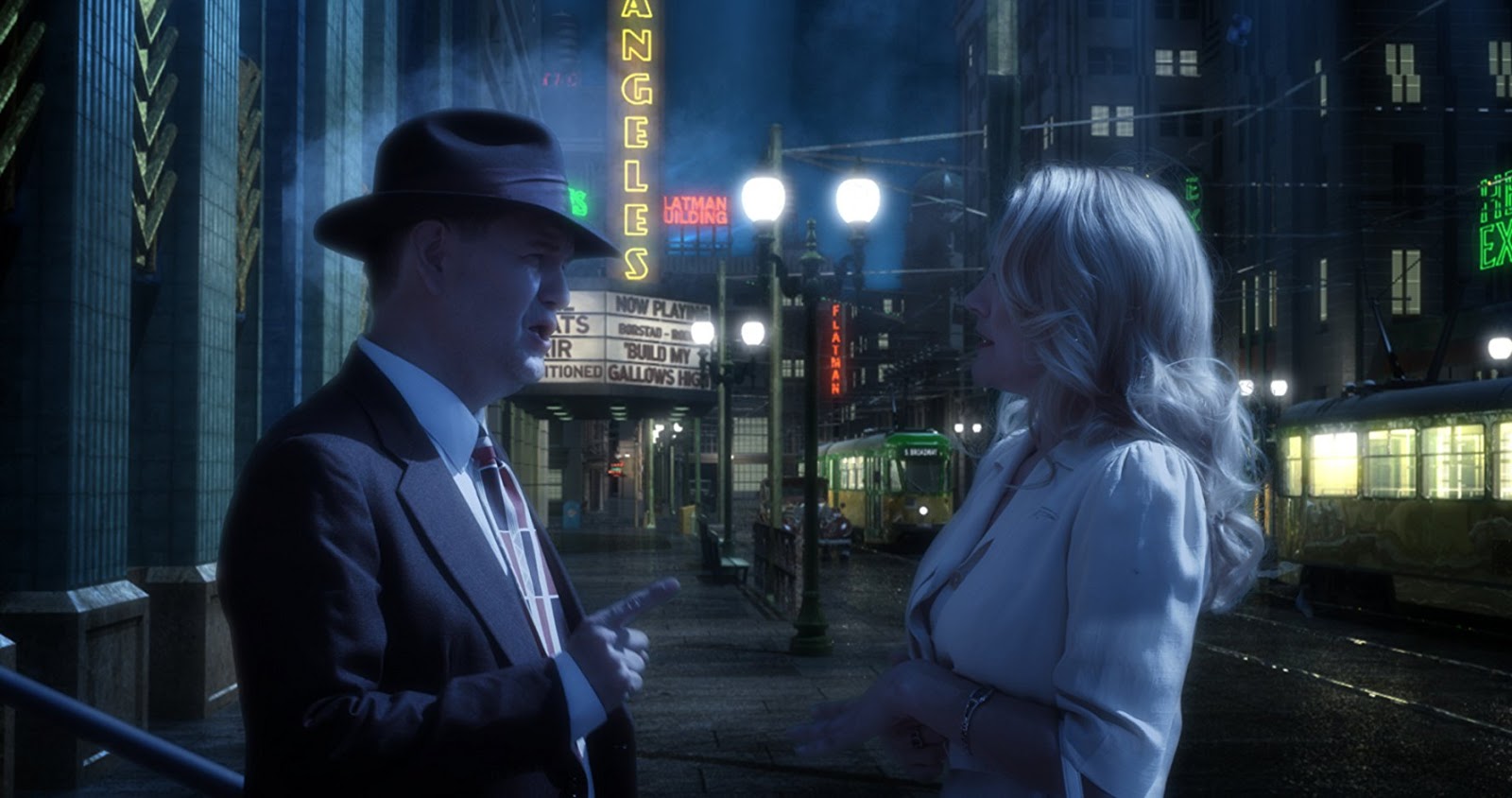 This isn’t a comedy, but it’s so hyper stylized, so campy,
and so fun that I just couldn’t help but chuckle throughout the whole thing.
It’s just so silly, and so proud of how silly it is. Honestly my face hurt from
smiling as much as I was during this movie. It’s such a fun ride.
I really enjoyed Trouble is My Business, and look
forward to seeing what those guys come
up with next.
Rating: 4 out of 5