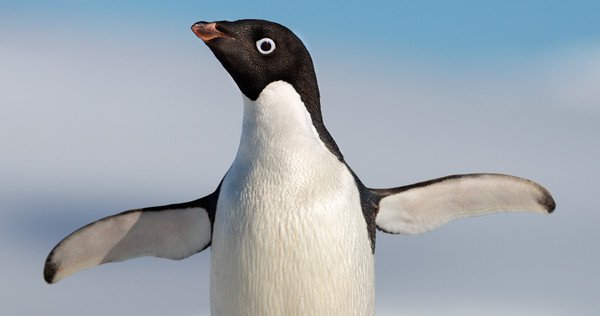 Need something to wash away the dread you’re feeling about your favorite Avenger’s fate during Infinity War tonight? Well here’s something that may do the trick, the trailer for the latest Disneynature doc, Penguins.  I thought Hollywood was done with penguin movies?

The annual Earth Day entry from Disney follows cutesy Adélie penguin Steve, who I think is poised to be this movie’s breakout star. Get ready for Steve to show up at the Oscars next year, just you watch. But first we’ll get to see him desperately seeking love in the Antarctic, not exactly a dating mecca even for a penguin, fish, avoid becoming whale food, and more.

These movies aren’t really my thing, but I’d be lying if I said I wasn’t smiling during this trailer.  Here’s the synopsis:

Disneynature’s all-new feature film “Penguins” is a coming-of-age story about an Adélie penguin named Steve who joins millions of fellow males in the icy Antarctic spring on a quest to build a suitable nest, find a life partner and start a family. None of it comes easily for him, especially considering he’s targeted by everything from killer whales to leopard seals, who unapologetically threaten his happily ever after. From the filmmaking team behind “Bears” and “Chimpanzee,” Disneynature’s “Penguins” opens in theaters nationwide in time for Earth Day 2019.