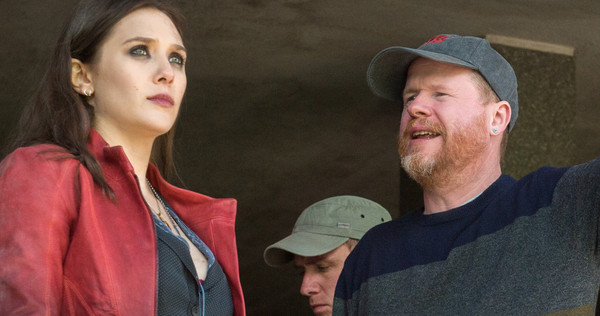 When Joss Whedon was hired to do a Batgirl movie for Warner Bros. it was seen as a big step for the struggling DCEU. Here was the architect behind both of Marvel’s Avengers movies coming aboard to do a film that would hopefully follow in the successful footsteps of Wonder Woman. But after months without hearing much on it, Whedon would drop out claiming to not really have a Batgirl story to tell.

Variety caught up with him at last night’s Avengers: Infinity War premiere and he opened up about the reason for his departure. Sounds like he actually did have a story, but the landscape now is a lot different than it was just a few months ago…

“It had been a year since I first pitched the story. A lot happened in that year and I felt that some of the elements might not work as well and the story kind of just crumbled in my hands. There were elements that I just hadn’t mastered and after a long time, I felt like I wasn’t going to. So, I told people that I didn’t have an idea, which isn’t exactly true. I had an idea and it just didn’t fit into the space that was left for it. It was a little heartbreaking because I was so excited about it but I’m currently working on something of my own and there’s nothing more exciting to me than that.”


So reading between the lines it may be that Whedon got fidgety about releasing his story at the height of the #MeToo and #TimesUp movement. Warner Bros. waited a little while before hiring Christina Hodson to write a new script. There’s still no director attached and it will probably be a while before we hear of one. The Batgirl character will debut first in Birds of Prey alongside Harley Quinn, which Hodson is also writing.

Whedon mentions a different project that sounds like it will be separate from DC Films. Hopefully it’ll give him a chance to create a new badass female character without fear of criticism. I’m not sure the current climate will allow him to do it with a known property.