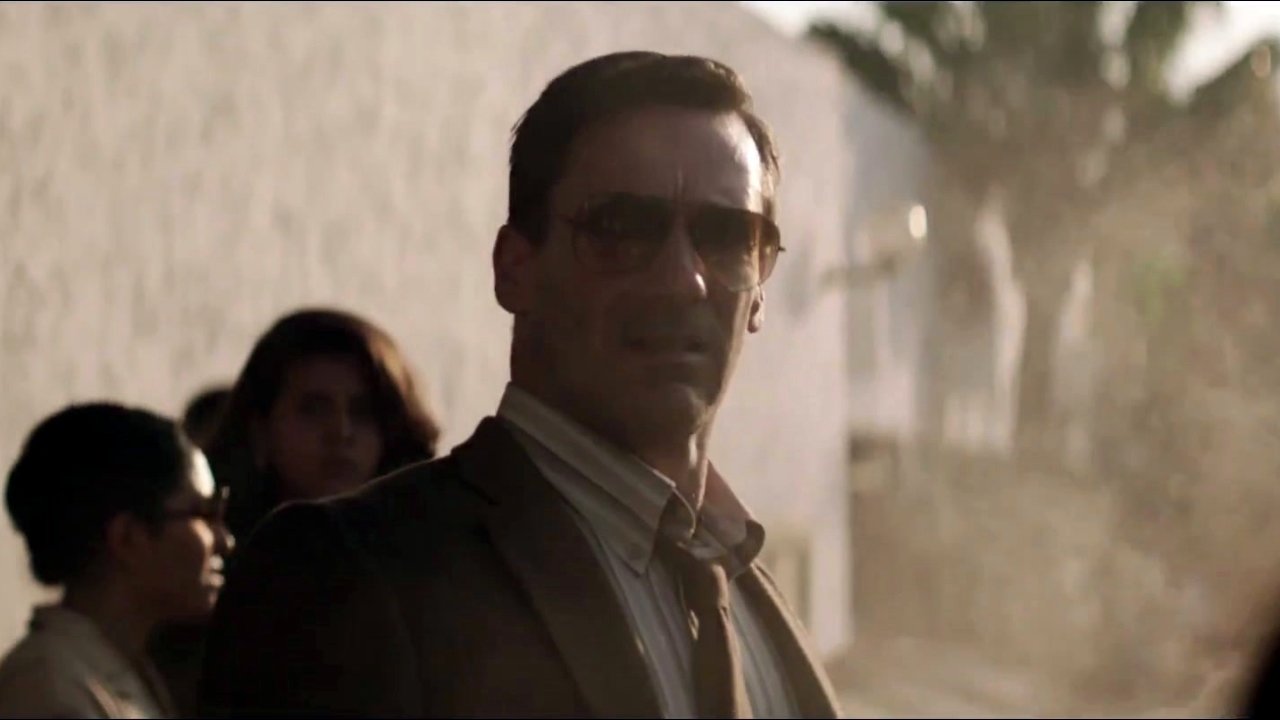 When I sat down in the Eccles Theatre for the Sundance premiere of Tony Gilroy and Brad Anderson’s Beirut, little did I know the journey from script to screen that preceded it. Gilroy is one of today’s top screenwriters, having written everything from The Cutting Edge (yes THAT one), The Devil’s Advocate, Michael Clayton (which he also directed), and most notably the entire Jason Bourne franchise.

But in 1991 he was a red-hot writer coming off his debut script and he wanted to do something different from a movie about ice skaters. So he wrote Beirut, a hard-boiled political thriller about a hot button issue at the time. Studios loved it, but the climate wasn’t right. The film was shoved into a drawer somewhere and basically sat there until it was unearthed a couple of years ago and green lit with Transsiberian director Brad Anderson attached.
The political climate for a movie about the conflict in Lebanon wasn’t so tense nearly 30 years later. Jon Hamm stars as U.S. diplomat who flees Lebanon in 1972 after an event that caused the death of his family. Years later he is called back into action by the CIA who need him to enter Beirut and negotiate the release of one of their agents, who turns out to be the diplomat’s old friend.
I had a chance to sit down and talk with Gilroy about Beirut, finally getting it done after all of these years, the state of political thrillers on the big screen, and more.
You can tune in to the interview below, and check out my review of Beirut here! The film is in theaters right now.