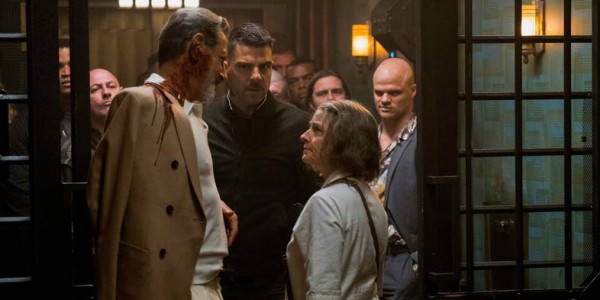 Ever since his work on the Brit superhero sitcom No Heroics to penning the script for Iron Man 3, directing Marvel one-shot All Hail the King, and writing Mission: Impossible-Rogue Nation, Drew Pearce has been a fan favorite among the pop culture set. That should bode well for attracting an audience for his directorial debut, Hotel Artemis, which looks like it could be a spinoff of John Wick.

Jodie Foster, Sterling K. Brown, Jeff Goldblum, Jenny Slate, Zachary Quinto, Charlie Day, Sofia Boutella, Brian Tyree Henry, and Dave Bautista lead a tremendous ensemble, the kind most first-time directors could never hope to get. The story takes place in a future version of Los Angeles at a special members-only hospital just for criminals. Foster plays The Nurse, and her establishment has a strict set of rules which are put to the test when someone possesses an object of great value.

I’m a fan of giving the bad guys more shine, and with this cast it’s like Pearce is making a movie just for me. This is quite the ambitious directorial debut and I can’t wait to finally see it.