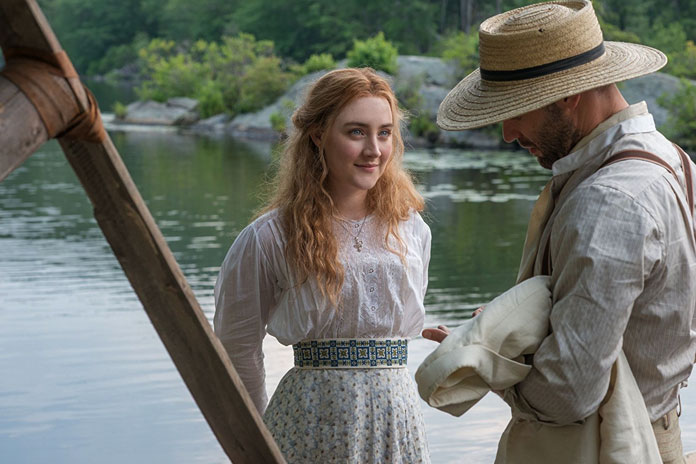 While Saoirse Ronan may not have won Best Actress for her performance in Lady Bird, the 23-year-old already has three Oscar nominations to her credit. She’s hotter than ever right now, and you can bet the added buzz surrounding her is going to benefit her upcoming projects. One of those that could use some shine is The Seagull, which looks like it could be another winner.

Ronan is part of an ensemble that includes Oscar winner Annette Bening, Corey Stoll, Elisabeth Moss, Brian Dennehy, Billy Howle (Ronan’s On Chesil Beach co-star), and Mare Winningham. Directed by Michael Mayer (A Home at the End of the World) and based on the play by Russian playwright Anton Chekhov, the story follows an aging actress who pays a visit to her brother’s country estate, bringing her successful novelist boyfriend with her. Ronan plays a neighbor who falls for the boyfriend, despite already being in a relationship with Bening’s son.  Drama!

The Seagull opens on May 11th in select cities.