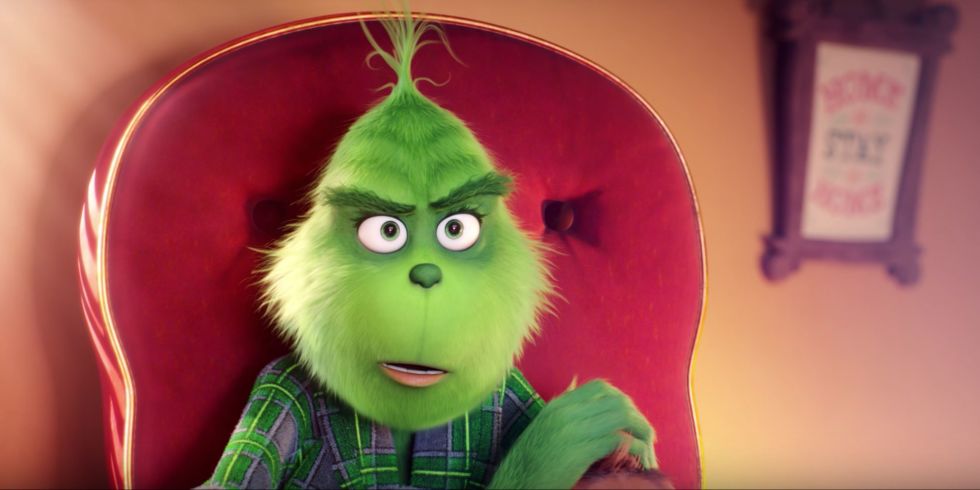 We’ve still got nine months until Christmas but Illumination Entertainment thinks now is the perfect time to get you in the holiday mood. The studio behind Despicable Me has debuted their trailer for The Grinch, and the beloved Dr. Seuss character doesn’t look like he’s changed all that much.

Benedict Cumberbatch voices the Christmas-hating grump, with Kevin Smith’s buddy Scott Mosier making his directing debut. He’ll be co-directing alongside The Secret Life of Pets’ Yarrow Cheney. Here’s the synopsis, although you already know the story:


Each year at Christmas they disrupt his tranquil solitude with their increasingly bigger, brighter and louder celebrations. When the Whos declare they are going to make Christmas three times bigger this year, the Grinch realizes there is only one way for him to gain some peace and quiet: he must steal Christmas. To do so, he decides he will pose as Santa Claus on Christmas Eve, even going so far as to trap a lackadaisical misfit reindeer to pull his sleigh. Meanwhile, down in Who-ville, Cindy-Lou Who-a young girl overflowing with holiday cheer-plots with her gang of friends to trap Santa Claus as he makes his Christmas Eve rounds so that she can thank him for help for her overworked single mother. As Christmas approaches, however, her good-natured scheme threatens to collide with the Grinch’s more nefarious one. Will Cindy-Lou achieve her goal of finally meeting Santa Claus? Will the Grinch succeed in silencing the Whos’ holiday cheer once and for all?


I’m not seeing anything new about this version of The Grinch that makes it a must-see, unless Illumination plans on adding a Minion or two into the story? This is still a holiday classic and audiences have proven they love what the studio is doing (they also gave us Sing which was great). I expect this will be huge when it opens on November 9th.