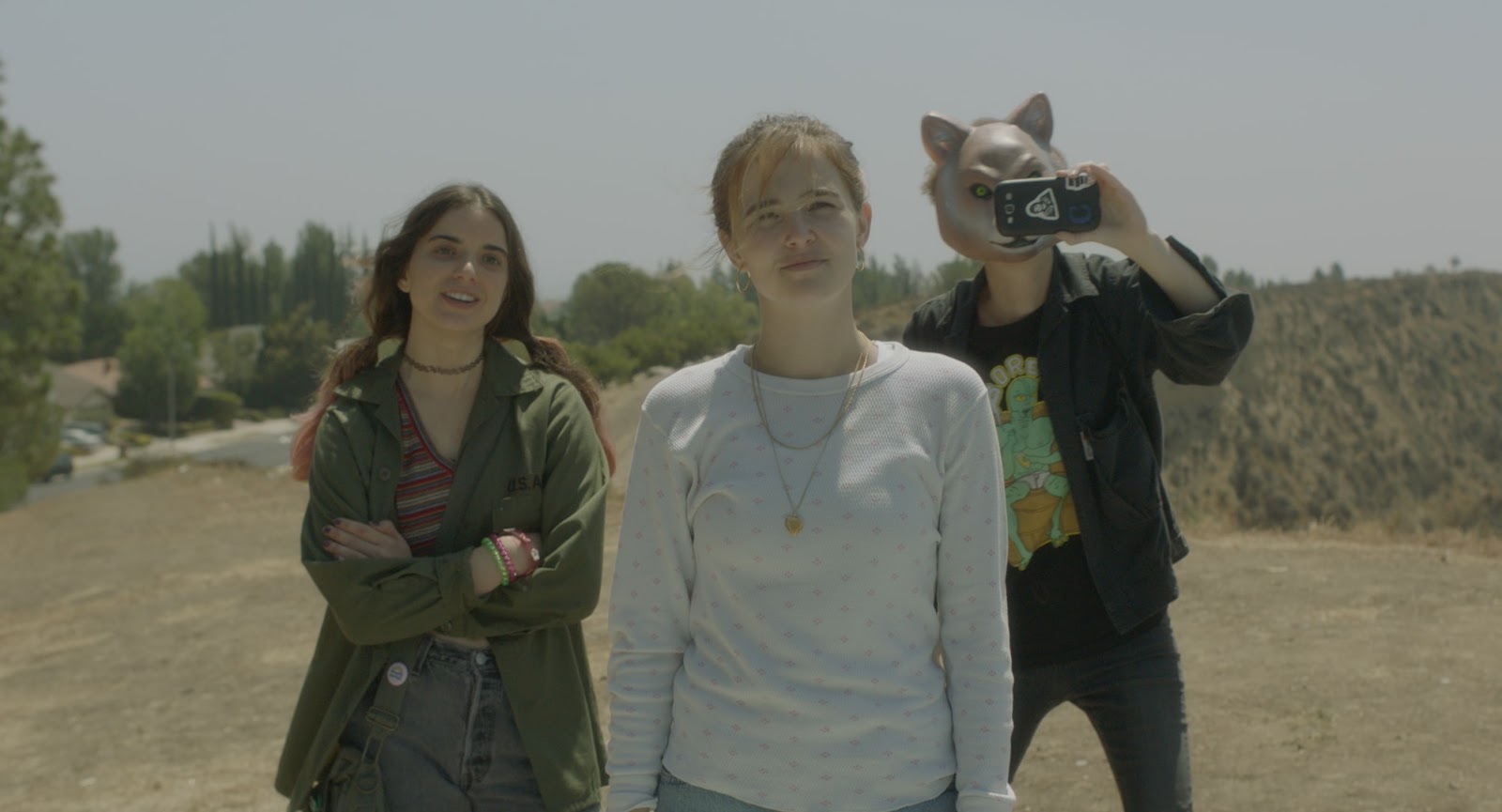 Max Winkler’s sophomore directorial effort Flower opens in shocking fashion, as 17-year-old Erica (Zoey Deutch) gives a blowjob to a law enforcement officer she is hoping to blackmail. Uh oh. While an intro like that will surely scare some people off from Winkler’s spirited coming-of-age story, it would be a good idea to see the whole thing through. Erica isn’t your typical heroine of these kinds of films; she isn’t looking to spread her wings or grow into the woman others always thought she could be. She’s quite comfortable in her own skin and the disreputable actions she takes are decisions of her own making, impetuous though they may be.

For me it was refreshing to see a character who didn’t need to be molded into something else. Erica is flawed, impulsive, and unruly; she embodies everything that is good about Flower. This isn’t a movie about sexual discovery or anything like that; we come to learn that sex is merely a means to an end. Erica needs money to bail her father out of prison, and this is the best way she knows how to do it. His absence has had a huge impact on her life, especially on her views towards guys. Her mother (Kathryn Hahn), who is more like a buddy than a parental influence, keeps dating men Erica hates, and her current boyfriend Bob (Tim Heidecker) is a total square but a nice enough guy to keep around. So Erica acts out, abetted by her roguish pals (Maya Eshet, Dylan Gelula) who often act as the devil and angel on her shoulders.

Winkler’s script, which he co-wrote with Matt Spicer (Ingrid Goes West) and Alex McAulay, frequently pushes the boundaries of believability, and weighs a very delicate balance of tones. Darkness begins to creep into the quirk with the arrival of Luke (Joey Morgan), Bob’s troubled, nervous, and overweight son who has just gotten out of rehab. While Erica isn’t too fond of him at first, feeling she’s being pressured into acting like a sister to him, she finds a way to break the ice by being as awkward as possible and offering him a blowjob. Again, sex is merely a means to an end, a way to broker some kind of a deal.

When it’s learned that the hot older guy (Adam Scott) she’s been stalking at the bowling alley is the same one Luke claims abused him some time ago, Erica sets out to get her sorta stepbrother some justice. That’s when the film takes a weird and violent turn, resembling a cross between True Romance and The Bling Ring. There will be blood, road trips, confessions, and crime, making for a film that is always enjoyable to watch even if it leaves your head spinning a little bit with so much going on.

Winkler doesn’t always have a steady equilibrium of emotions, but he can always count on Deutch to level the playing field. I feel like we’re long past calling her a rising star at this point. She’s been great in literally every role and has grown into one of the best actresses working today. Deutch’s presence is undeniable and irresistible, forcing us to love a character that other actresses would struggle to find redeeming qualities in. This isn’t a film that judges Erica for her sexual choices and her confidence in them. Also terrific and a grounding presence is Hahn as Erica’s mother, an ex-wild child who sees too much of herself in her daughter. I was doubtful there would be any chemistry between Deutch and Morgan, the latter best known for being the only funny character in Scouts Guide to the Zombie Apocalypse, but from their initial clumsiness comes something special, and there may be some surprise as to where their characters end up. I was certainly surprised by it because it felt like too neat and easy of a route for Winkler to take when so much of the film had this feeling of going where the action leads.

Surprisingly feminist for a movie written and directed by men, Flower makes for an entertaining escape and a potential conversation starter. I’m dying to know what the future holds for Erica, and hopefully Winkler, Deutch, and Hahn can find a way to keep her story going.