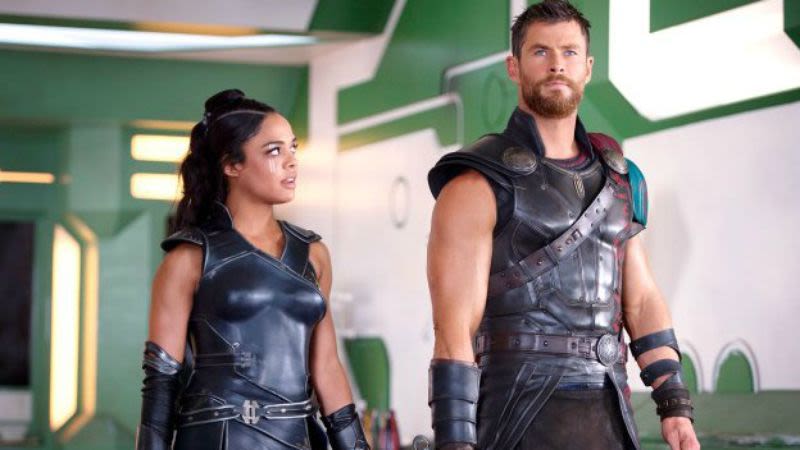 It took three movies but Marvel finally got the god of thunder right with Thor: Ragnarok, and a big part of the reason was the pairing of Chris Hemsworth and Tessa Thompson. While it seemed unlikely we’d see them back together again unless there was some kind of Valkyrie spinoff, we’re getting it for a totally different franchise flick, Sony’s Men in Black spinoff.

The Tracking Board reports that Thompson has joined Hemsworth in the film, which really does appear to be happening. F. Gary Gray (The Fate of the Furious) is behind the camera with a script by Iron Man writers Art Marcum and Matt Holloway. We knew along that Sony wanted a black female lead and they hit the jackpot by landing Thompson who is both an accomplished dramatic actress and has a knack for comedy. Her breakthrough role remains Dear White People and she’s great in Boots Riley’s upcoming satire, Sorry to Bother You.

Sony plans to release Men in Black, which I guess needs a name change now, on June 14th 2019.