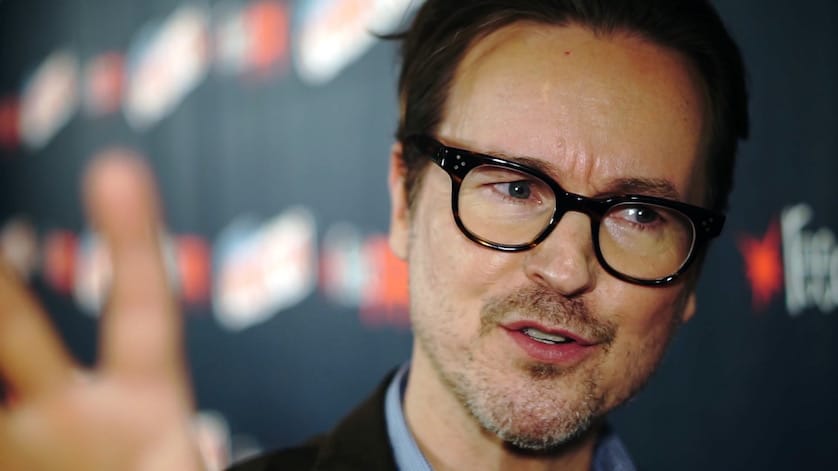 To get an idea how out of control rumor mongering can get, especially when it comes to superhero movies, check this out. So for the last few days rumors had been swirling that Matt Reeves was out as director of The Batman. How did this rumor start? Well, that’s the ridiculous part.

So it began with John Campea, who dropped a super vague video teasing some really bad news about DC Films that would cause fans to lose their minds. He wouldn’t say what it is, and still hasn’t, but The Wrap jumped the gun. The site, perhaps encouraged by the online freakout this caused, assumed Campea was referring to Reeves leaving The Batman. I guess people would be upset by that??  So they wrote an article debunking the non-existent rumor, thus creating the rumor themselves. >sigh<

Well, Reeves caught wind of this thanks to a fan’s tweet, and of course he responded…

At this point we don’t know much about what’s going on with The Batman. It still doesn’t have a star, whether it be Ben Affleck or the rumored Jake Gyllenhaal. Reeves is still working on the script, so there’s no release date and it doesn’t seem to be on the horizon. That’s the case with pretty much every movie in the DCEU right now, though, with the exception of Aquaman, Wonder Woman 2, and Suicide Squad 2.  We’ve also heard that Flashpoint, which deals with alternate realities and timelines, could be used as a way of writing out Affleck’s Batman, which could then be where Reeves’ film picks up with a new guy under the mask.

So this whole thing started because one guy told a vague story he had no business telling, and then a supposedly more respectable site went too far in reporting it.

It’s not like there’s a shortage of Matt Reeves news or anything. He just agreed to produce The Epoch Index for Brad Peyton (San Andreas) to direct.  Penned by Justin Rhodes (Fantastic Voyage) and based on Christian Cantrell’s short story, it follows a female spy and mother as she tries to solve a series of murders spread across the globe. Here’s the synopsis:

“Quinn Mitchell is a nine-to-five spy. She’s a data analyst for the CIA during the day, and a suburban wife and mother on evenings and weekends. After a series of personal struggles and professional failures, Quinn hopes to find redemption in her newest assignment: a series of bizarre assassinations where victims are found with three-digit numbers tattooed, burned, or carved into their flesh. As Quinn pursues the killer across the globe — always one body behind — their lives become entangled in ways neither of them can predict.”   [Deadline]