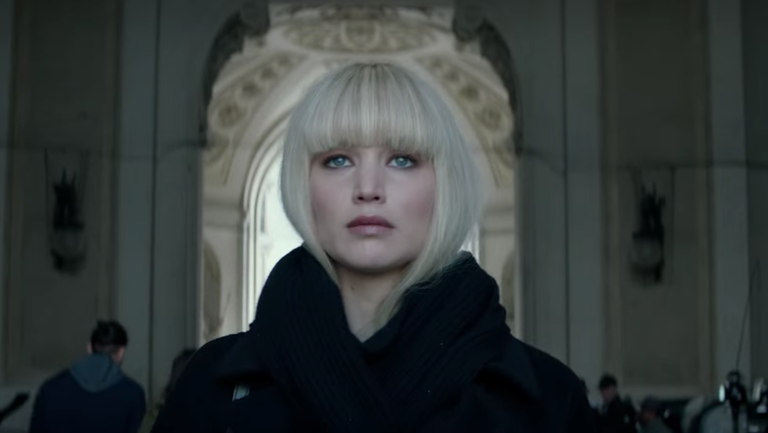 1. Black Panther– $65.7M/$501.1M
In its third week of release, Black Panther has scored a record-breaking $65M. That’s just incredible, especially for a film that has had such incredibly high numbers each week. The film dropped only 41%, and now has $501M domestically and $897M worldwide.
2. Red Sparrow (review)- $17M
Let’s make it clear; Jennifer Lawrence is the only reason anybody showed up to see Red Sparrow. The 2 1/2 hour, R-rated spy thriller debuted with $17M, and scored another $26M overseas for $43M. That’s not awesome but it would have been worse with another actress in the lead role, and Fox is likely happy to see so much of the $69M production budget eaten into. I don’t expect this will move the needle for mature, female-led espionage flicks, the same way Atomic Blonde didn’t last year, but I think if Hollywood pays attention they’ll find a market out there that’s waiting to be served. It may not be big, but it’s out there.
3. Death Wish (review)- $13M
Considering the downright awful timing, it’s surprising Eli Roth’s Death Wish remake managed a halfway decent $13M. The film stars Bruce Willis in the role Charles Bronson made famous, as a regular guy who turns murderous vigilante when his wife and daughter are viciously attacked. The violent, gun-glorifying film has been punted up and down the schedule and honestly, with the frequency of mass shootings in this country there was never going to be a good time for a movie about a white guy gunning down those he doesn’t care for. Still, these numbers aren’t bad and that probably has to do with Willis’ enduring popularity in action flicks, even though most of his filmography lately are straight-to-VOD efforts.
4. Game Night– $10.7M/$33.5M
The hilarious Game Night passed Go and collected $10.7M, falling only 37% in the process. That’s not bad at all, and the film’s success is all the more reason why Warner Bros. put directors John Francis Daley and Jonathan Goldstein on their upcoming Flash movie.
5. Peter Rabbit– $10M/$84M
I must be missing something but is Peter Rabbit actually good? The live-action/animated hybrid with James Corden voicing the trouble-making bunny fell only 21% and now has $101M worldwide.
6. Annihilation– $5.6M/$20.6M
I don’t know if people are just waiting for it to hit Netflix, but $20M after two weeks is too low for what may be the best sci-fi movie to hit this year. Annihilation is worth the time and money so go check it out.
7. Jumanji: Welcome to the Jungle– $4.5M/$393.2M
8. Fifty Shades Freed– $3.3M/$95.5M
9. The Greatest Showman– $2.6M/$164.6M
10. Every Day – $1.5M/$5.2M