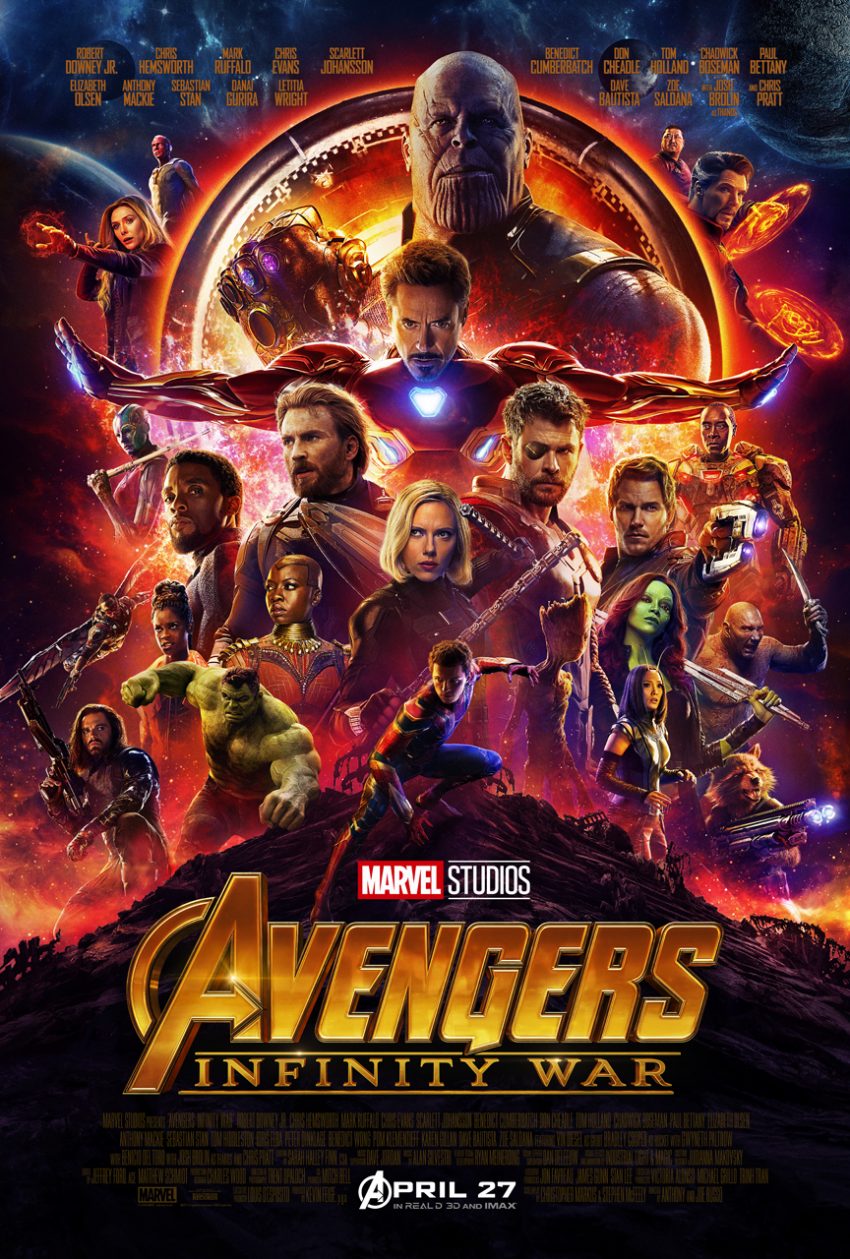 “The entire time I knew him, he only ever had one goal.  To wipe out half the universe.”

Suffice it to say, Gamora (Zoe Saldana) isn’t talking about Captain America (Chris Evans) in the grim opening moments of the new Avengers: Infinity War trailer. Hard to believe that Marvel could get any bigger than Black Panther, but this is the story they’ve been building to for a decade, the big, universe spanning battle against Thanos, holder of the Infinity Gauntlet.

The latest trailer is all about the marshalling of the Avengers’ forces to face Josh Brolin’s purple baddie. The Guardians of the Galaxy finally join the squad, with Star-Lord making a clown of himself in front of Spider-Man and Tony Stark, and Captain America making his way to Wakanda for a face-to-face with Black Panther. You think Marvel put in a few more Black Panther characters in this footage maybe? Of course they did. We also see what looks like a flashback to Thanos and a young Gamora, a glimpse at his other “children” the Black Order, and so much more. This is going to be nuts and I can’t wait!

As the Avengers and their allies have continued to protect the world from threats too large for any one hero to handle, a new danger has emerged from the cosmic shadows: Thanos (Josh Brolin). A despot of intergalactic infamy, his goal is to collect all six Infinity Stones, artifacts of unimaginable power, and use them to inflict his twisted will on all of reality. Everything the Avengers have fought for has led up to this moment – the fate of Earth and existence itself has never been more uncertain.