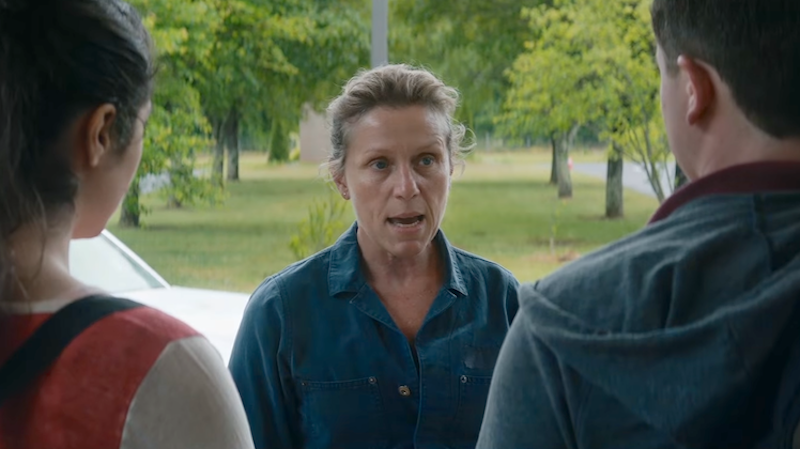 Those who read my top 20 movies of 2017 know that Martin McDonagh’s Three Billboards Outside Ebbing, Missouri was very high on my list. And the Oscar voters would seem to agree as the film is a favorite to win Best Picture this weekend. While it has faced backlash due to the supposedly sympathetic portrayal of Dixon, a racist cop played by Oscar nominee Sam Rockwell, I think most of that is a very small, vocal minority. Ya’ll need to relax.

Anyway, the film is now available on digital and Blu-Ray/DVD (you want it, order it now), and if you want an example of how great it is just check out the first ten minutes below. It’s uncensored and super NSFW, but you get a taste for Frances McDormand’s fiery, possibly Oscar-winning performance. She’s great here, along with the entire ensemble.