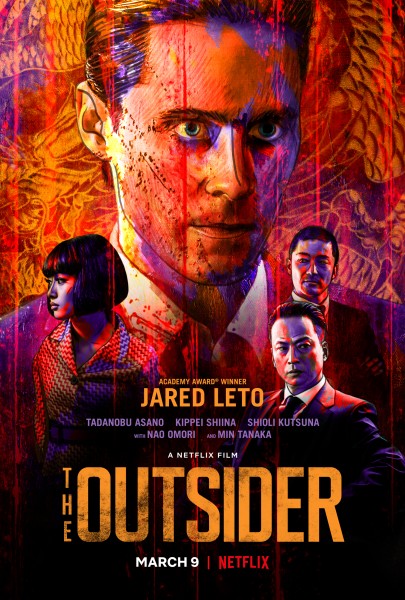 Netflix has so many movies coming out each month that sometimes it’s hard to keep track. One that has definitely slipped under the radar is The Outsider, which stars Oscar winner and unpopular Joker himself Jared Leto in a film that has been in development for a long time. There was a point when Tom Hardy was going to star with Takashi Miike directing. That obviously didn’t happen.  But the streaming service is the perfect home for projects with complicated histories, and they’re hoping the chance to see Leto as a member of the Yakuza will draw big numbers.

Danish director Martin Zandvliet (Land of Mine) still seems like an odd choice for a film set in post-WWII Japan, about an American soldier who is freed from a  prison by his cellmate and forced to repay his debt by joining the Yakuza. Tadanobu Asano, Kippei Shiina, Shioli Kutsuna, Emile Hirsch, Raymond Nicholson, Rory Cochrane, Nao Omori, and Min Tanaka co-star.

The Outsider hits Netflix on March 9th, and I assume it’ll have gone down the memory hole a day later like most Netflix movies do.