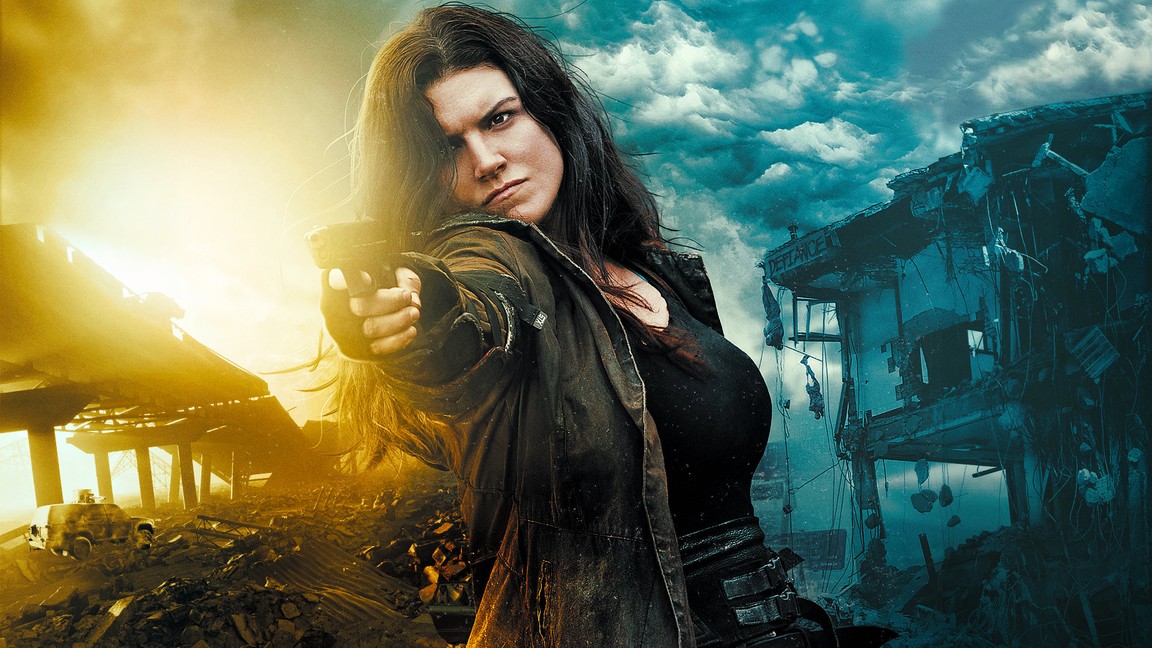 Steven Spielberg famously said that superhero films will die out just how Western film did after their heyday, well what about a post-apocalyptic Western featuring a Black Widow-ish superheroine who kicks a whole lotta ass for 90+ minutes?

That’s pretty much what we get in Lighthouse Pictures’ Scorched Earth.  Relying on heavy-handed liberal message about climate change, sometime in the future, living on the planet has become a hellscape, thanks to a global environmental collapse, billions have died.  In the aftermath, we have our standard Mad Max environment where there are loose feudal societies, people have to wear specialized gas masks to breathe the air, silver is the currency (as it is used to purify the air and water).  Oh, and the world’s not so nice, to the point that if you drive a gas guzzler, it’s a capital offense. 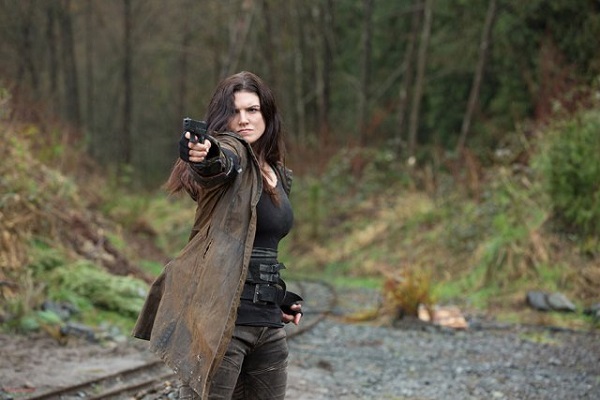 Kickass former MMA fighter turned action heroine Gina Carano continues building up her film cred (she was awesome in Deadpool) is Gage, a local bounty hunter who earns her living killing “belchers,” people who still drive cars that rely on fossil fuels, while everyone else gets around either on foot or horseback.  After taking out a few undesirables, Gage has a new task by the mayor of her town: she has to capture/take out the local mayor/warlord of a neighboring town for a big payday.  But does she have another motive as well?

Assuming the identity of one of her former bounties, Gage is able to enter the town where she tries to win the trust of her potential bounty Jackson (Ryan Robbins of just about every awesome Canadian sci-fi show/movie you’ve ever seen), this is where the film shines the best.  The second act of the film is when it excels best.  It’s not about crazy lightning storms, wearing breathing masks, or any of the post-apocalyptic stuff going on in the film.  Instead, it’s about a cowboy (or in this case cowgirl) with no name, who comes into a new town with the purpose of getting her man.  As she has to pretend to be someone else, and hope no one from the town can realize that she’s an imposter, all while trying to gain her mark’s trust.

Unfortunately, the final act of the film reveals Gage’s true motivations, and it becomes quite predictable in where it’s going to go, complete with the final showdown where she needs to call on her “posse,” her mentor Doc (the always great John Hannah) who warned her about going on her mission has to come and bail her out in a big shoot ‘em up.

Robbins does a decent job at the villain for the film and has a certain level of charisma, he also hams up the mustache-twirling for most of the film, especially towards the end.  The film is not gun or blood shy, and we not only get to see plenty of headshots, but the makeup department does a pretty good job showing people ravaged by the poisonous atmosphere.  Scorched Earth does a decent amount of world-building to help orient the viewer to the post-apocalyptic wasteland, it’s also one of the weak parts of the film as it squarely rests on Carano’s shoulders as she does her best to be Clint Eastwood without being Clint Eastwood.  There are times throughout the film where she nails, it, other times where she comes across a little flat.  For the most part, this is a decent Western disguised as an action sci-fi shoot ‘em up, even if you can see the ending through the lightning storm a mile away.