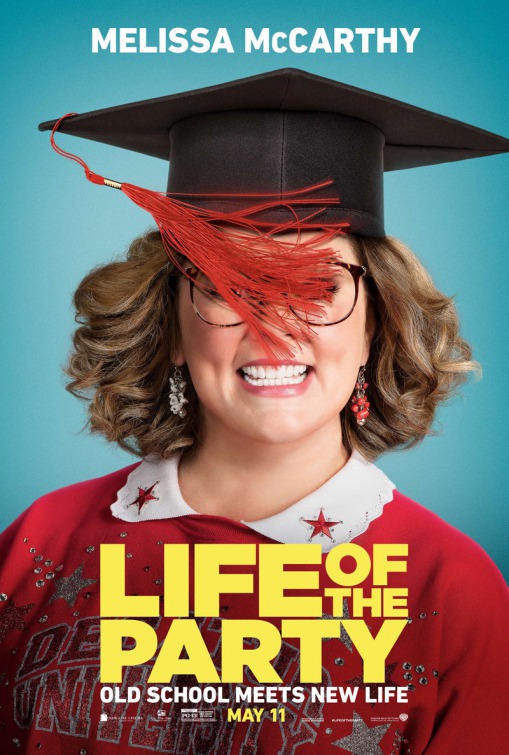 In Rodney Dangerfield’s classic comedy Back to School, the comedian who never got any respect returned to college, joined the diving team, and made his son’s life a living Hell. I don’t see Melissa McCarthy performing the Triple Lindy in her trailer for Life of the Party, but it’s clear where her inspiration came from.

McCarthy stars as Deanna, a middle-aged housewife who decides to return to college and get her degree after her husband leaves her. Unfortunately for her daughter Maddie, it’s the same school she attends and soon mom is attending the same classes, dressing the same as her, scoring with hot dudes, and referring to her vagina as a Va-Google. Go ahead, ask it anything. I have a question, “Who thought that would be funny?”

McCarthy debuted the footage on The Ellen Degeneres Show and they seemed to dig it, so maybe I’m in the minority.  Life of the Party is directed by McCarthy’s husband, Ben Falcone, and features a Bridesmaids reunion with Maya Rudolph. Gillian Jacobs, Molly Gordon, Julie Bowen, Matt Walsh, Adria Arjona, and Jacki Weaver co-star.

Life of the Party opens May 11th.