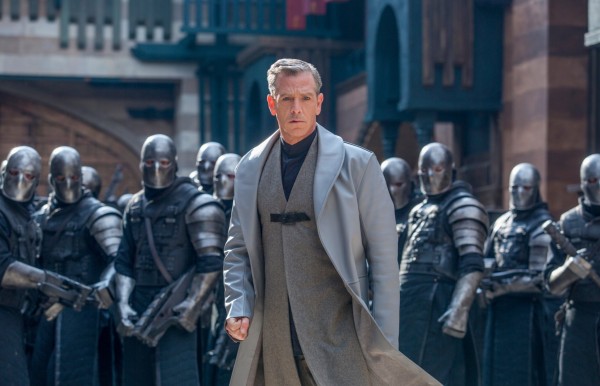 Are audiences ready for another gritty take on the story of Robin Hood? Lionsgate sure hopes so, and with production well underway on the potential blockbuster formerly known as Robin Hood: Origins, a handful of new images have been released.

The images feature Kingsman: The Golden Circle star Taron Egerton as Robin Hood, alongside Jamie Foxx as Little John. Also pictured is Ben Mendelsohn as the most suave version of the Sheriff of Nottingham that I’ve ever seen.  His suit seems to be a mix of medievel and modern styles, which is what I think director Otto Bathurst is going for, a setting that can’t be completely nailed down.

The film also stars Jamie Dornan as Will Scarlet and Eve Hewson as Maid Marian, who is also Scarlet’s wife.  Something tells me that will be the cause of some drama. Clearly this won’t be a traditional take on the Robin Hood story.  It will take place after he’s returned home from war, and according to a producer it will find Robin disillusioned and possibly suffering from PTSD.

That’s fine, just as long as they keep the adventure and fun we expect from a Robin Hood story. Robin Hood opens on September 21st.  [Collider] 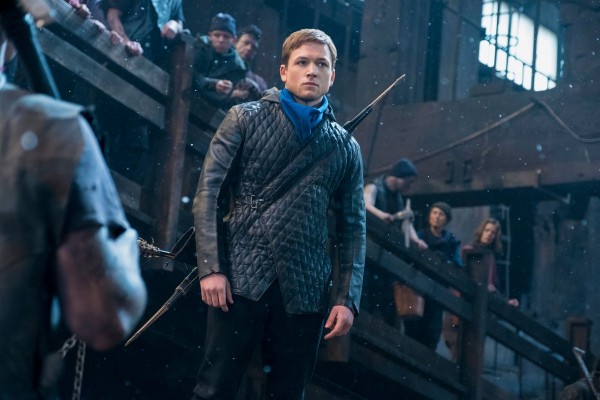