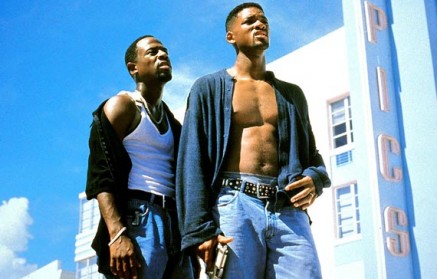 Sony is turning to a red-hot pair of directors to revive their Bad Boys franchise, a directing duo that is already attached to bring another worn out property back from the dead. Deadline reports Adil El Arbi & Bilall Fallah have been set to direct Bad Boys 3 aka Bad Boys For Life, after it had been pulled from the schedule a few months ago.

Arbi and Fallah are the up and coming filmmakers attached to the long-developing Beverly Hills Cop 4, and they were also behind the pilot to FX’s crack cocaine drama, Snowfall. The Moroccan-born duo will tackle their biggest project yet, working alongside returning stars Will Smith and Martin Lawrence as Miami detectives Mike Lowrey and Marcus Burnett. The 1995 film and its 2003 sequel were directed by Michael Bay and helped turn Smith into a megastar.

There won’t be a lot of time to sit around on this one as Bad Boys For Life is set to begin shooting in August for release next year.