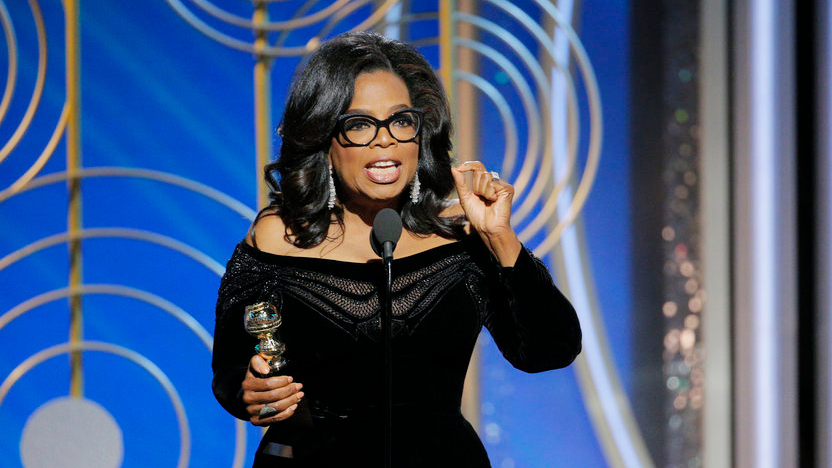 Just as women owned it at the box office in 2017, they took the floor at last night’s Golden Globes ceremony and made it their own. With the power of the #metoo and #TimesUp movements behind them, helping to reshape Hollywood before our very eyes, it was a night more dedicated to activism than ever before. And while there were a number of lofty, heartfelt speeches made by men and women over the course of the night, only one had everybody on film Twitter asking “Did Oprah just make her first speech as a Presidential candidate?”

Oprah Winfrey brought the house down with her touching speech, given after she was presented with the Cecile B. de Mille award by her A Wrinkle in Time co-star Reese Witherspoon. Hey, if she’s running for President, she’s got my vote, and I’ll happily support Dwayne Johnson as her VP.  Here’s the whole thing in full because just posting some quotes won’t do it justice…

“I want all of the girls watching here now to know, that a new day is on the horizon.” @Oprah accepts the 2018 Cecil B. de Mille award. #GoldenGlobes pic.twitter.com/hbquC1GBjm

When Oprah is speaking at the Golden Globes and your goals shift to VP… pic.twitter.com/3ghEVMmCwF