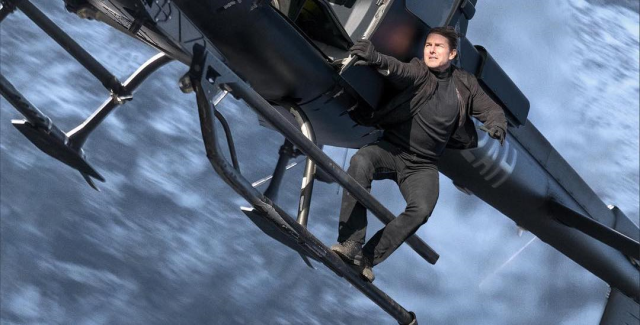 Paramount may looking to reduce the number of titles they release, but one that definitely isn’t going anywhere is Mission: Impossible. The sixth film in the blockbuster franchise that Tom Cruise built is still half a year away, but Paramount has now revealed the title and what amounts to as much of a synopsis as these movies tend to get.

Mission: Impossible- Fallout is the title of the Christopher McQuarrie directed movie, which sees him reunited with Cruise, Rebecca Ferguson, Simon Pegg, Michelle Monaghan, Ving Rhames, and Alec Baldwin. Joining the party are Sean Harris, Angela Bassett, Henry Cavill, and Vanessa Kirby among others. No truth to the rumor Cavill’s mustache will also receive a credit.  Here’s the synopsis:


Mission: Impossible- Fallout aka “Tom Cruise Does Something Really Dangerous” opens July 27th. How dangerous? Check out the below pic from Cruise’s Instagram.

We’ve upped the ante for the sixth #MissionImpossible. I can’t wait for you guys to see more.
A post shared by Tom Cruise (@tomcruise) on Jan 25, 2018 at 5:03am PST