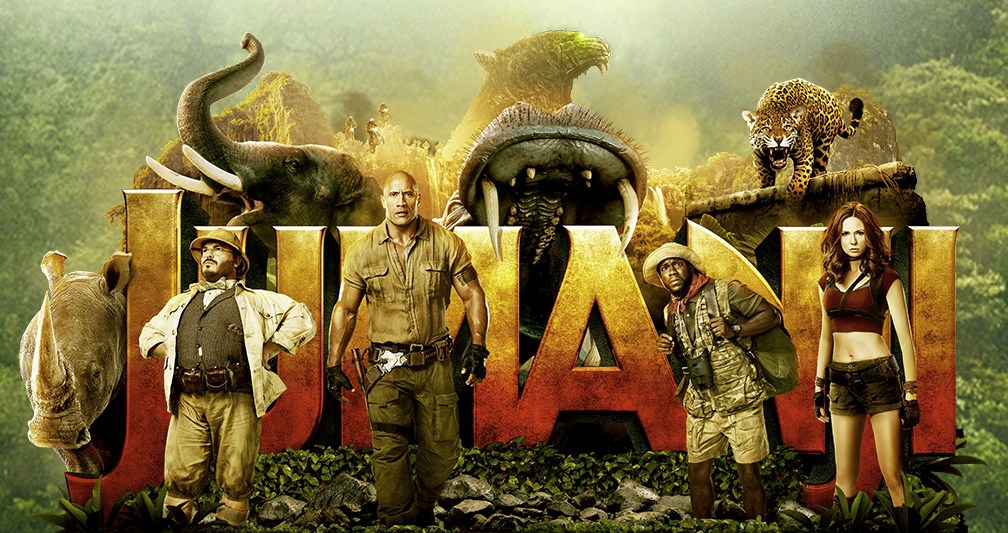 1. Jumanji: Welcome to the Jungle– $27M/$316M
Talk about staying power. A month after release the remake of the classic early 90s Robin Williams vehicle remains in the top spot and has officially broken $300M. More proof to that old adage, don’t judge a remake by its pre-release chatter!

2. 12 Strong (review)- $16M
A less then stellar debut for the Chris Hemsworth starring actioner about the first boots on the ground in Afghanistan. I honestly thought we’d see a bigger debut for this one based on Chris Hemsworth star power and the track record of war movies in January.
3. Den of Theives (review)- $15.3M
The other major new release of the weekend came in just short of its competition. The Gerard Butler starring heist film got a solid 3.5 out of 5 from the PDC but it looks like that popularity didn’t carry it to an impressive open. Don’t count it out yet though, flicks like this tend to do amazingly on VOD.
4. The Post– $12.1M/$45M
5. The Greatest Showman– $11M/$113M
6. Paddington 2– $8.2M/$25M
Not exactly the showing from the film that has just officially become the best reviewed movie on Rotten Tomatoes. The Studio Canal sequel to the classic children’s story is sure to get a boost over the next few weeks as the original film is available on Netflix (and is a really fun watch!)
7. The Commuter– $6.6M/$25M
8. Star Wars: The Last Jedi– $6.5M/$604M
The divisive, but still amazing latest entry in the Skywalker saga has officially dropped out of the top 5. It doesn’t look like it’s going to enjoy the numbers of the nostalgia/hype drive ‘Force Awakens’ but $604 million bucks is nothing to laugh at!
9. Insidious: The Last Key– $5.9M/$58M
The last key looks like it will be the last entry in the series if diminishing returns have anything to say. Don’t forget though, $58 mill is a HELL of alot of money when you’re film only costs $5 million to make….a lower return for usual Blumhouse faire, but still a hell of a lot larger profit margin then 90% of films will ever see.
10. Forever My Girl–  $4.7M